Control a lance of MechWarriors to fight for supremacy and survival across iOS devices. 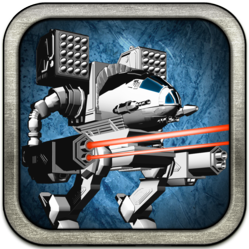 MechWarrior: Tactical Command gives players command of 30 BattleMechs to lead through 21 different missions across three planets using real-time strategy and multi-touch controls. It still provides the MechWarrior feel, staying true to the MechWarrior story and BattleTech traditions, but allows players to enhance their gaming experience with the game now available on all iOS platforms. The game can now be downloaded for $3.99 in the iTunes App Store.

“It’s the same MechWarrior feel we all love, but now it’s in the palm of your hand,” said Edmund Koh, director of Personae Studios. “MechWarrior: Tactical Command stays true to the MechWarrior story and BattleTech traditions. We are proud and excited to release the game across all iOS platforms.”

MechWarrior: Tactical Command uses a simple multi-touch screen and top-down game play model. This allows players an overhead view of the battle field so they can strategically control and lead a lance of MechWarriors to victory.

About Personae Studios
Personae Studios LLP was formed in October 2007 with a vision: To dive into one’s creative mind in an attempt to fuse traditional gaming methods with the electronic gaming space. The studio’s goal is to introduce new and engaging computer gaming concepts by incorporating the roots of traditional computer gaming methods, with the innovative gameplay elements driven by modern technologies. Based in Singapore, the studio specializes in the design and development of iOS games and supporting infrastructures. Personae Studios believes in designing games that suit all occasions, while bringing entertainment closer to wherever anyone goes.