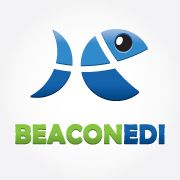 The initial EDI advisory group will mostly consist of retailer suppliers and we hope in the future to expand to other industries such as Automotive and Healthcare EDI.

Alex Perlin, co-founder of Beacon EDI, is excited to announce that the EDI solutions currently in development will be improved with a customer advisory group. He hopes that the input from the group will help enhance the usability of the cloud EDI solution and report the findings to the Beacon EDI Blog https://beaconedi.com/edi-blog

"Most of our existing and potential customers are from the retail industry. In order for them to become suppliers of retailers such as Target, Wal-Mart, JC Penney, Macy’s one of the many challenges they face is EDI compliance," said Alex.

While the first event is scheduled is more retail EDI focused, Beacon plans to host future events with other industries.

"The initial EDI advisory group will mostly consist of retailer suppliers and we hope in the future to expand to other industries such as Automotive and Healthcare EDI," noted Alex.

About Beacon EDI, Inc
Beacon EDI was founded in 2012 by industry leaders with a true passion for EDI. Our leaders have had EDI leadership roles such as running an EDI Department at a national retail chain with over 1000 stores to operating an EDI clearinghouse for one of the nation’s largest healthcare insurance companies. Beacon is a privately held EDI (Electronic Data Interchange) Business-To-Business (B2B) Solutions company with headquarters in San Diego, California. Beacon’s target market ranges from the start-up small business with entrepreneurial spirit to a medium-size thriving organizations looking to expand their market share.