The annual Duport Business Confidence Report for Leicester reveals a record number of company formations during 2012. 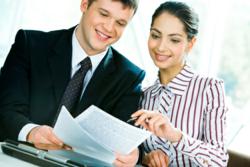 Company formations are rising in Leicester

One of the city’s great strengths lies in its diverse economic base, and more new companies will help increase this

2012 was a record year for company registrations in Leicester. Between January and December, there were 3574 new company formations - more than any other year in the history of the city and a 10% rise on the previous year.

Company closures also fell during the course of the year, leading to an overall increase in net company growth. In addition, the UK company share of the city rose slightly, suggesting that the local economy is coping well in the face of difficult economic conditions.

The diverse economic base of Leicester could be behind the positive statistics in the Duport report. The city is not only home to a thriving retail and leisure industry; it also hosts several large engineering firms and offices of high profile financial services operations including Santander, RBS and Barclays.

“The record number of company registrations is fantastic news for the economy of Leicester. One of the city’s great strengths lies in its diverse economic base, and more new companies will help increase this, as well as providing more employment opportunities.”

The Duport Business Confidence Report for Leicester contains a wealth of data that provides an insight into the local economy. More information and statistics can be found at http://www.duport.co.uk/leicester.