A new report indicates it is healthy to introduce allergy prone foods to infants to strengthen immune systems. 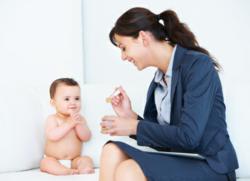 Early introduction of highly allergenic food is vital so that the baby’s immune system will be exposed during a “critical window”, the time when the baby starts eating solid food, which is from 4 to 6 months old.

For the longest time, parents with kids suffering from food allergy have been overly cautious about their children’s diet. This is especially true for young or first time parents. As one of these parents, children should have nothing but fresh air and eat healthy, hypoallergenic food. And why not? A single whiff of a peanut may send a little boy or girl straight to the emergency room.

However, this new report could maybe confuse you a bit. The March 5 issue of Wall Street Journal reported that a recent article from the American Academy of Allergy, Asthma and Immunology is suggesting that parents should introduce “highly allergenic foods such as peanut butter, fish and eggs” to 4 to 6-month old babies. The report said that introducing these types of food early on “may even play a role in preventing food allergies from developing.”

This is a total turnaround from the long-standing recommendations of the experts at the American Academy of Pediatrics. In 2000, the organization published guidelines which discouraged parents from exposing very young children to allergenic foods such as peanuts, shrimps and eggs. Furthermore, the AAP strongly advised parents not to introduce milk until 1 year old, eggs until 2 years old and peanuts until 3 years old.

The results showed that British Jewish children were 10 times more susceptible to peanut allergies compared to Israeli children. So what’s the main difference? The British children were exposed to nuts only upon reaching a year old while the kids from Israel were exposed to nuts at an early age – in fact, some were even fed peanut-laden food just a few months after birth.

The article further reported that based on findings by the National Institute of Allergy and Infectious Diseases, children below 5 years old who are affected by food allergies are estimated to be around 5%. Also, the occurrence of food allergies in children below 18 years old increased by 18% from 1997 to 2007. More importantly, the article recommended introducing highly allergic foods to babies, such as wheat, soy, milk, tree nuts and even shellfish may be done during the early stages of infancy.

Here are other theories from the study published by the Wall Street Journal:

Of course, all these may sound confusing for parents after having gone to all the trouble to feed children nothing by hypoallergenic food. What if giving your child some eggs will trigger a severe reaction? The best thing to do, according to AAAAI is to gradually introduce allergic foods, such as nuts and eggs, right after a baby begins to tolerate the regular baby foods. More importantly, according to Dr. Clifford Bassett of foxnew.com, “parents should always discuss the early introduction of these foods (particularly with a strong family history of allergies) with their pediatricians and/or a pediatric allergist.”

Of course, don’t forget that there are other triggers such as dusts and mites, so make sure the home is clean with constant fresh air. Check out PURE products and learn how to provide your children with safe, allergy-free surroundings.