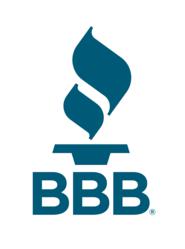 “For 100 years, the Better Business Bureau has been the leader in advancing marketplace trust between businesses and consumers through industry self-regulation,” said Carrie A. Hurt, President and CEO of CBBB. “We hold businesses to high standards for honesty, transparency, fairness and integrity, and we hold ourselves to those same standards. Over a period of more than two years, BBB of the Southland failed to resolve concerns about compliance with several standards required of BBBs, including standards relating to accreditation, reporting on businesses, and handling complaints.”

Hurt first shared the news in an interview yesterday with ABC’s Brian Ross, whose “20/20” investigation more than two years ago found that BBB of the Southland was accrediting companies without checking their credentials to be sure they were eligible. In a “sting” type operation, a blogger working with ABC filled out an application for the terrorist organization Hamas, which briefly appeared on the local website as a BBB Accredited Business with an A+ rating. Hurt told Ross that his original story was “painful,” but that it helped the organization realize that the local group, even though it was the largest in the BBB network, had to change or be expelled. “When you are a standards-based organization, there is no such thing as ‘too big to fail,’” Hurt told Ross.

“BBB is not abandoning the LA market,” Hurt said emphatically. “We have been preparing for this possibility for months, and the entire BBB system is dedicated to building a strong, standards-based Better Business Bureau in the Los Angeles market. We have established a ‘virtual BBB’ with experienced staff from across the country to serve businesses in Los Angeles and to serve consumers from anywhere who do business with Los Angeles area companies. That’s our short-term plan. In the long-term, we will build a strong, standards-based BBB that consumers can depend upon and that businesses large and small can participate in with pride.”

“We have a new website at la.bbb.org that allows consumers to file complaints and businesses to register with BBB,” Hurt noted. “The website will be updated frequently as new information is available. We will also publish an e-newsletter for those who want to be updated on a regular basis. We appreciate the patience of businesses and consumers while we rebuild.”

BBBs must meet nine BBB Performance and Accountability Standards, including 67 specific requirements relating to organizational elements such as financial, governance and technology, as well as BBB-specific elements such as accreditation of businesses. The BBB Operating Committee (BOC), made up of experienced BBB CEOs, is charged with overseeing operations of the 113 BBBs across the U.S. and Canada, and is responsible for setting and enforcing standards so that BBBs are reviewed and held accountable by their peers.

Los Angeles area businesses that are currently BBB Accredited can continue to use the BBB seal during the transition. More information is available at la.bbb.org, and additional information will be available in the coming days and weeks. Anyone interested can sign up for an e-newsletter that will provide periodic updates.

For 100 years, Better Business Bureau has been helping consumers find businesses, brands and charities they can trust. In 2012, consumers turned to BBB more than 124 million times for Business Reviews on more than 4.5 million companies and Charity Reports on 11,000 charities, all available for free at http://www.bbb.org. The Council of Better Business Bureaus is the umbrella organization for 113 local, independent BBBs across the United States and Canada, as well as home to its national programs on dispute resolution and industry self-regulation.