Laurie Grengs, M.A., has been asked to be a featured writer for a popular health blog where she will write about natural remedies for various mental health conditions and ailments. Laurie brings with her many years of experience and insight that is unmatched in the Coon Rapids area. 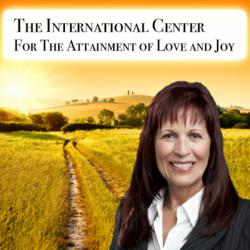 My psychology practice exemplifies, that as a human being when freeing ourselves of our emotional pain with expert help of a psychologist, we can live longer and more peaceful lives.

Life is full of events that influence and affect the way people feel about themselves and others. The arrival of a new baby often brings overwhelming feelings of love and joy to all people in the new infant’s life. When somebody gets a promotion at work or when somebody receives recognition for a job well done, feelings of happiness and euphoria are something most people can relate to. There is, however, many times where just the opposite happens, especially after the occurrence of a traumatic event or memory. People who find themselves depressed, anxious, and angry may feel helpless, alone, and scared to do anything about it for fear of being labeled or shunned. Many people lock their feelings inside of themselves instead of seeking out answers to help explain why they are feeling down and out. Laurie Grengs, M.A., is a Coon Rapids psychologist who specializes in counseling aimed at couples, marriage, life skills, and depression therapy. Laurie has just been given the opportunity to be a featured writer for NaturalCures.com, a popular online journal/blog that focuses on uplifting the human spirit and resolve using natural techniques with education and information.

Laurie Grengs’ very first post addresses the already well-known fact that human physiology is directly tied to the emotional and psychological being that is human consciousness and spirit. Parents have told their children for ages not to frown too much or wrinkles could be consequences. Stomach ulcers have been attributed to high stress levels and physical sickness exacerbated by high anxiety is well documented. As a licensed depression psychologist in Coon Rapids, Laurie Grengs has the experience and expertise needed to help people overcome their sadness and depression. Because Laurie believes that people with these lonely feelings need as much help as they can get, she has set up a blog of her own where she disseminates as much information as she can, free of charge, to help people understand that they are not alone with their feelings of helplessness and depression and that there is help and comfort available for those who need it.

The International Center for the Attainment of Love and Joy has been established by Laurie to serve those in need of a marriage counselor, couples counselor, or trauma psychologist in Coon Rapids, Minnesota. Laurie currently maintains an informational website and blog that are open to the public to view and share with loved ones in need of help with their feelings of sadness and anxiety. Laurie Grengs is a licensed psychologist and independent clinical social worker in the state of Minnesota and is a recipient of the Phi Beta Kappa Academic Achievement Award.

Laurie Grengs, M.A.
The International Center for the Attainment of Love and Joy
(763) 572-2326
Email >
Follow us on
Visit website