One Million Voices Speak Up to Save Elephants 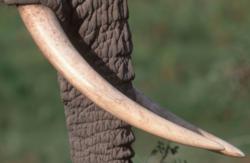 We must stop wildlife crime if we want our children to inherit a world with elephants, rhinos and tigers - Carter Roberts, WWF President and CEO

In a massive global effort to help stop the slaughter of elephants, more than 1.4 million people from 227 countries and territories have signed a global petition calling for an end to ivory trade in Thailand.

And the government of Thailand listened to the people. In the opening of the Convention on International Trade in Endangered Species conference (CITES), Prime Minister Yingluck Shinawatra boldly pledged to end Thailand's ivory sales.

This historic milestone came after actor, conservationist and World Wildlife Fund (WWF) Board Member Leonardo DiCaprio helped launch WWF’s “Hands Off My Parts” initiative – a week-long effort tied to WWF’s Stop Wildlife Crime campaign designed to raise awareness and gather signatures on the petition. Thailand has one of the world’s biggest illegal ivory markets. Current Thai law permits the sale of ivory from domestic elephants, resulting in a major loophole that allows for massive quantities of illegal African ivory to be sold alongside the domestic ivory in Thai shops.

“Hands Off My Parts” quickly grew from one voice into over one million voices. Prominent celebrities and activists joined the cause and took to Facebook, Twitter and other social media platforms to spread the word and sign the petition. The global campaigning group Avaaz.org joined the campaign, elevated international attention even further and doubled total petition signatures to 1.4 million in just 48 hours, right at the crucial time.

This burst campaign culminated with a strong opinion editorial by Mr. DiCaprio and Carter Roberts, president and CEO of WWF, published in the Bangkok Post on the day of Prime Minister Shinawatra’s opening remarks at CITES. The editorial called on the Prime Minister to use this international moment to announce an end to ivory trade in her country and she did so later that morning.

“This milestone was supported by a remarkable chorus of voices, including WWF Board Member Leonardo DiCaprio, to tell the story of how the illegal wildlife trade is robbing the world of elephants and stealing the wealth of African nations,” said Carter Roberts, president and CEO of WWF following the Prime Minister’s announcement. “We hope, and expect, that this commitment will curb poaching of African elephants by closing a major global loophole. Americans and other tourists must continue to educate themselves on what not to buy while traveling so that they are not unknowingly contributing to this illicit industry.”

But Mr. Roberts added that the fight to save elephants doesn’t stop here.

“Since the Prime Minister did not announce a detailed timeline, we must remain vigilant – even during this two-week convention – to push for timebound steps to ensure that this promise becomes a reality. We must stop wildlife crime if we want our children to inherit a world with elephants, rhinos and tigers,” he said.

Illegal wildlife trade has escalated dramatically in recent years, and WWF has never seen such atrocities on this scale in its 50 year history. Tigers are targeted for everything from their whiskers to tail; rhinos for their horns; and elephants for their ivory. Tens of thousands of elephants are poached every year, mostly from Central Africa, for a demand coming from Asian countries like Thailand, mostly from tourists, for ivory carvings and trinkets.

The main focus is now on the 178 governments gathering in Bangkok at CITES to step up and uphold their efforts to guarantee a future for tigers, rhinos and elephants.