With more than 60,000 camp graduates since 2001, GameBreaker Lacrosse Camps has become the largest lacrosse camp company in the United States. The 2013 schedule includes summer camp sessions in over 30 states for boys and girls ages 7-18 of all ability levels. 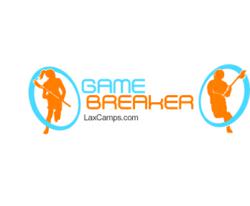 Summer lacrosse camps leader GameBreaker Lacrosse has recently released their 2013 National Summer Camp Schedule, which can be viewed right now on the LaxCamps website. Over 5,000 lacrosse players attend these camps annually to get better, make friends, and have fun. Overnight and day lacrosse camps are offered.

The GameBreaker Lacrosse Camps have a unique balance between instruction and scrimmages at their camps, providing campers with the opportunity to learn new skills while also gaining game-time experience. Jeff Tambroni, 2009 NCAA Division I Coach of the Year and annual GameBreaker Director, says, “Summer lacrosse camp provides a great opportunity to improve a player’s individual skills in a learning environment that is both fun and challenging.”

Lacrosse is the fastest growing team sport in the country with over 300,000 youth players and 225,000 high school players, according to US Lacrosse. Many coaches appreciate the role that camp plays in the development of team members. “Teams are developed in the season, while players are developed in the summer,” according to Taylor Nissi, Executive Director of Operations for GameBreaker. This year, over 100,000 players will attend a summer lacrosse camp for boys or girls.

As the sport of lacrosse has grown, GameBreaker has expanded geographically to accommodate for new players in emerging lacrosse states. “Lacrosse is not longer just an east coast sport,” comments Nissi. “The national growth of lacrosse has been staggering and we are responding to coaches in these new areas who are in search of the expert coaching that we provide.” In response to such growth, GameBreaker Lacrosse has added 20 new locations to their 2013 schedule, including Oregon State University, University of Alabama Birmingham, and Deerfield Academy in MA. Many previous locations have also been converted to dual-gender camps.

Interested prospective campers can learn more about the GameBreaker Advantage and view the 2013 lacrosse camps schedule at http://www.LaxCamps.com.

GameBreaker Lacrosse is a division of eCamps, Inc. eCamps is a nationally recognized provider of summer sports camps. Other camps include the adidas Tennis Camps, Revolution Field Hockey Camps, and the International Squash Academy. Visit the eCamps webpage for a list of all sport-specific camps.