Ann Eden Gibson of the University of Delaware is the winner of the 2012 Georgia O'Keeffe Museum Research Center Book Prize. She will receive a $5,000 prize and will give a public lecture in Santa Fe on Thursday, March 21, 2013 at 6:00 pm and participate in a panel discussion on Friday, March 22 at 3:00 p.m. 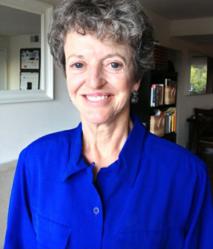 “I am surprised and so pleased to have this recognition 15 years after Abstract Expressionism: Other Politics was published,” said Gibson.

The Georgia O’Keeffe Museum Research Center Book Prize program began in 2009 and offers cash prize of $5,000 every three years to the author(s) of a book on some aspect of American modernism (late nineteenth century to the present), including architecture, criticism, design, methodology, painting, photography, sculpture, and related subjects, published from the mid-1980s to 2009. The book is chosen for its significant contribution to shaping current thinking about the arts that did not necessarily receive recognition at the time of its publication. The award is based on excellence, originality, quality of writing and scholarship, contribution to knowledge, and significance to the field.

“I am surprised and so pleased to have this recognition 15 years after Abstract Expressionism: Other Politics was published,” said Gibson. “I realized as the years went by and the book continued to not only sell, but its arguments and ‘other’ artists appear in exhibition catalogues and textbooks, that it was going to be a slow burn. After its original impact, though, I never dreamed that there would be recognition of it at this level. I am very grateful to the Georgia O’Keefe Museum Research Center and to the distinguished jurors who recognized this and awarded me this extraordinary prize.”

On Thursday, March 21, 2013 at 6:00 pm, Gibson will be presenting a public lecture to discuss some of the adventures and realizations involved in writing the book which was intended to challenge the established definition of abstract expressionism, a major 20th-century art movement.

On Friday, March 22 at 3:00 p.m., there will be a panel discussion with Gibson, which includes Lucy Lippard, Janet Dees, Joseph Traugott, and Kymberly Pinder. The panel will present and discuss images of diversity which have personal meaning to each of them.

The award has been funded by several anonymous donors and the Margaret and Raymond Horowitz Foundation.

Interested in the interaction of vision and language in the production of culture and identity, Gibson meshes ideas from fields such as literature, psychology, anthropology and philosophy with close examination popular culture as well as works of art to look at how art affects culture and how culture is reflected in art. She specializes in art after World War II, teaching courses in Semiotics, Abstraction, Allegory, Cross-Cultural Art, Pop Art, Minimalism, Feminist Theory and Contemporary Women's Art, and Postmodernism.

Gibson is the author of Issues in Abstract Expressionism: The Artist-Run Periodicals (1990) and Abstract Expressionism: Other Politics (1997). She co-curated Judith Godwin, Style and Grace for the Museum of West Virginia (1997) and Norman Lewis: The Black Paintings, 1946-1977, at the Studio Museum in Harlem (1998). She has written catalogue essays for exhibitions at the Albright-Knox Art Gallery, the Fort Wayne Museum of Art, the New Jersey State Museum, the Corcoran, Kenkeleba Gallery and the New Museum, and The Kunstmuseum Basel. With Stephen Polcari she guest-edited an issue of the Art Journal, and her articles have appeared in journals such as Studio International, Kunstforum, The International Review of African American Art, Artforum, American Art, Genders, The Journal of Homosexuality, Yale Journal of Criticism, Arts Magazine, Third Text, and anthologies published by the University of Chicago, Cambridge University Press, Harper Collins, Routledge, and the University of Liverpool Press.
###