The Top 10 antiques and collectibles searches on Kovels.com during February 2013 show collector interest in toys and games. 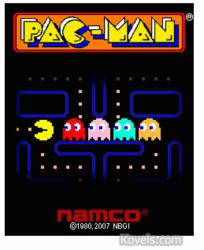 The Kovels.com Top 10 list indicates the interests of collectors who visit the website. During February 2013, antique enthusiasts were busy researching:

This month there are two newcomers—toys at No. 2, and games at No. 3. New interest in games came from a story in Kovels Komments (July, 2012) about a collection of 7,000 video games sold as a single collection for $1.2 million. It indicates that old electronic games have resale value and are worth collecting. There was also an exhibit of 14 video games at the Museum of Modern Art in New York City this winter. The exhibit presented video games as worthy examples of a new category of art, involving interaction design and storytelling. Some of the games were actually playable; others were displayed as demonstrations. The museum plans to add more games to its collection.

Today there are stores that buy and sell old video games and collectors can search for missing titles just as record and comic book collectors do. Playing old games can be a problem since the earliest games date back to main frame computers of the 1950s and popular arcade games from the 1970s were written for old (now “vintage”) computer operating systems.

But “game” for older collectors means 19th-century board games like Checkers and the Stanley Africa Game (price $4,000) and 20th-century examples like Monopoly, Clue, or Life. Some collectors want handmade folk art boards for checkers and chess to hang on the wall as art. Others look for the complete game with its board, pieces, spinner, cards, dice, money, instructions and box. Record price for a 19th-century game is $64,625 for Snakes and Ladders. The 20th-century record is $71,500 for the original Monopoly game. All rare games and toys in top condition have been going up in value for the past 25 years.

Collectors who search Kovels.com always want to know more—about descriptions, marks and prices. Kovels.com and “Kovels’ Antiques and Collectibles Price Guide” list thousands of current prices in hundreds of categories that are carefully selected and edited.

About Kovels.com
Kovels.com, the online portal for Kovels’ Antiques, provides collectors and researchers with up-to-date and accurate information on antiques and collectibles. Kovels’ Antiques was founded in 1953 by Terry Kovel and her late husband, Ralph. Since then, Kovels’ Antiques has continually published some of America’s most popular books and articles about antiques, including the best-selling “Kovels’ Antiques and Collectibles Price Guide,” now in its 45th edition. The Kovels’ website, online since 1998, and free weekly email, “Kovels Komments,” give readers an expert’s bird's-eye view of the market through news, auction reports, an online Price Guide, a Marks Dictionary, readers’ questions with Kovels’ answers, and much more.