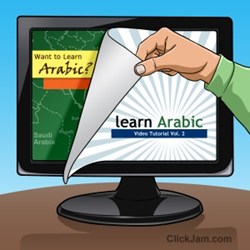 You just need to have a competitive bid price and then relevant adverts that achieve a high click-through rate.

James Reynolds shared his advice on a subject matter that is considered by website administrators to be crucial to effective ppc campaign management. He defined and differentiated Google Adwords bid price from CTR (click-through rate) and reinforced the two as the cornerstones for attaining effective ad positioning on the web.

Bid price represents what one can pay to have ads appear in response to a query related to a given keyword. Bid price is therefore defined as a value assigned to a keyword to appraise its campaign performance (i.e., “SEO” = $0.50) Click-through rate (normally expressed in %), on the other hand, is defined as the number of clicks received divided by the number of impressions generated (i.e., 10 clicks received / 1,000 impressions = 1% CTR).

Lastly, relevant advertising positioning is defined as an advertising placement within a search engine that shows ad pertinence to the keyword or keywords that were searched on.

“If your prospect types in the key phrase, “learn Arabic”, and if you can show him an advert that says, ‘Want to learn Arabic?’,” Reynolds expounded, “there is a significant chance that he’ll see your ad as relevant, and he’ll click on it through to your website,” he said.

In his video news update Reynolds gave out instructions on how to achieve high relative and thus viable ad positioning. “The actual equation to determine relative ad position is bid price multiplied by click through rate,” he quantified. “You just need to have a competitive bid price and then relevant adverts that achieve a high click-through rate,” he ended.

One method to achieve this that Reynolds mentioned was the Peel and Stick Method developed by Perry Marshall (http://www.perrymarshall.com/). According to this pay-per-click marketing approach, keywords that do not fit the ad copy perfectly within an ad group are removed or “peeled off” and a new ad group is created specifically for the “misplaced” or “misassociated” keyword.

“When you find a keyword that doesn’t fit its ad copy,” Reynolds stated, “peel it out of its current ad group, create a new one, and then write ad copy that perfectly matches that keyword phrase,” he concluded.

High ad positions and, in turn, high click-through rate can be achieved with lower bid prices when you have ads that are relevant. This, in effect, is a better alternative to placing high bids for the same set of keywords which, in turn, translate to cost savings for the webmaster.

Using the peel and stick method, as well, increases the chances of greater click volume because “errant” keywords are recategorized in a new ad group and given new ad copy that is relevant to the search term. This eventually translates into improved sales conversions and more traffic to a website.

PPC campaign management on the Google Adwords platform requires careful monitoring of bid prices and the creation of relevant and compelling adverts help to attain superior ad positioning and higher click-through rates. Only through the interaction of these two inseparable elements will advertisers yield the best results.

James Reynolds has earned great respect in the field and is an experienced internet marketing speaker appearing at events worldwide and often in the media in Dubai where he resides. He is an expert in helping entrepreneurs drive sales and increase the overall responsiveness and profitability of their online marketing. He is the founder of Search Engine Optimisation agency, SEO Sherpa, and Google Adwords Pay-Per-Click management company, Click Jam.(http://www.clickjam.com/)