Expats with Concerns Over QROPS & QNUPS Should Look to Malta

Pryce Warner International Group have provided QROPS and QNUPS in several jurisdictions since their inception, and advise that expats concerned about the legitimacy of such schemes should set them up in Malta, Gibraltar or Guernsey. 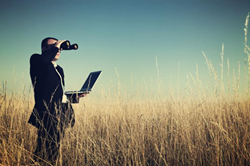 Expats looking for secure QROPS or QNUPS should look to Malta, Gibraltar or Guernsey

Expats with concerns over the legitimacy of QROPS and QNUPS or HMRC regulatory clampdowns should ensure they set those services up in Malta.

According to the Financial Times Advisor, HMRC may be looking to monitor or increase regulations around QROPS and QNUPS overseas pensions.

Since their introduction in 2006 (QROPS) and 2010 (QNUPS), both pension services have routinely been subject to scrutiny by HMRC, most notably in the form of de-listing the services from several jurisdictions due to perceived indiscretions.

This led to QROPS no longer being available in Singapore, Hong Kong or New Zealand.

This also led to the controversial de-listing of Guernsey for the provision of QROPS, despite the fact that there had never been any history or evidence of rogue practices in that particular jurisdiction.

Geraint Davies of Montfort International, commented: “HMRC are getting better informed, they are the forerunners on allowing schemes outside the country of control and they cannot be seen to be anything other than delivering top-notch oversight.”

David Retikin, Director of Operations at Pryce Warner International Group, commented: “Expats with concerns over the legitimacy of QROPS and QNUPS or HMRC regulatory clampdowns should ensure they set those services up in Malta (QROPS), Gibraltar (QROPS) or Guernsey (QNUPS), as these jurisdictions have the strongest relationships with HMRC as well as the strongest local regulatory bodies.”

The Maltese Inland Revenue introduced a comprehensive set of procedures and regulations on QROPS last year that were designed to strengthen the legitimacy of the schemes and also ensure they fully complied with HMRC.

This resulted in a large surge or QROPS providers migrating to Malta as it quickly established itself as the safest QROPS jurisdiction.

Though QROPS are no longer available in Guernsey, QNUPS are, and Guernsey remains a jurisdiction with close ties to HMRC as well as a reputable local regulatory body.