Masters 2013 News - 2013 Masters Tickets and Packages for the 2013 Masters Golf Tournament at MastersTickets.co from Inside Track Tickets, Inc. 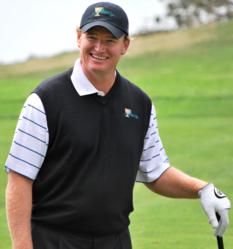 Golf Veteran Ernie Els will not play in the Tampa Bay Championship this week due to a hip injury. He has been suffering with the pain since last week in the WGC-Cadillac Championship, but decided to play through it. With the injury, the reigning open championship still managed a tie for 28th place. His right hip has been hurting him for some time now, but since after last week’s tournament, he has decided to rest up for the masters. Els has 65 career wins, four of which are major championships. He is one of just six golfers to twice win both the U.S. Open and The Open Championship. Hopefully he will be better in a few weeks and able to play his game at the Masters Championship, searching for victory number 66.

In other Masters related news, Tiger Woods believes he is on the right path to major success at the Masters Tournament. Winning last week in Doral was his first WGC title win since 2009. He is ranked number two in the world, and is very happy to see that his game is becoming much more consistent. He is getting better every day, and seems to be pleased with his progress. Meanwhile, world number one has a struggling start at the championship last week, but pulled off a strong finish. McIlroy’s finish should have regained him some confidence, especially after leaving the Honda Classic so abruptly. In this game, confidence in key, and Tiger definitely seems to have an endless supply of it right now.