Company formation specialists, Duport.co.uk have released a new league table that reveals Wirral is the number one town in the UK for net company growth. 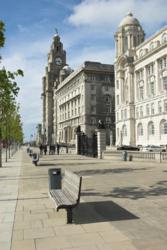 The table organises the top 100 towns by their relative net company growth during Q4 of 2012. Wirral comes out the clear leader with net growth of 4.67% during the quarter. Next on the list is Northampton with 3.59% growth, closely followed by Lincoln with 3.58% growth. London comes in at number 15, with 2.49% growth.

It is interesting to note that neighbouring Liverpool, whilst being a much larger economy, comes in 44th on the league table. Southport, another major Merseyside town, doesn’t even feature in the top 100.

“Wirral’s position at number one in our town league table shows that it’s not always the largest areas that perform the best. The high level of net company growth is a great sign for the future of the local economy.”

Duport has also published an annual Business Confidence Report for Wirral, which reveals it had a record year for company formation and UK company share in 2012. More information can be found at http://www.duport.co.uk/wirral.