Experienced defense attorney, Rastin Ashtiani of Wallin & Klarich, earned dismissal of all charges against client for possession of a controlled substance and prevented client from serving jail sentence. 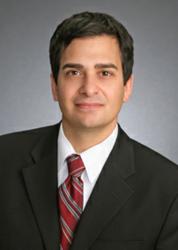 A Wallin & Klarich client recently was dismissed of all charges after being arrested for drug possession in Ventura following a traffic accident. The client was represented by experienced defense attorney Rastin Ashtiani of Wallin & Klarich.

“I always tell my clients that they should always assert their 5th amendment right to remain silent and 4th amendment right against unreasonable search and seizure. Even if they are arrested initially as my client was in this case, you want to make sure you do not provide the government with evidence that can be used to get a conviction,” said Mr. Ashtiani. “An arrest and subsequent dismissal is always better than a criminal conviction down the line.”

According to court record from Ventura County Court, the client was found to be in possession of a controlled substance after he was involved in a traffic accident and law enforcement searched his car. After the officers arrived at the scene of the accident, they mentioned that the smell of marijuana was coming from the client’s car. The client then gave the officers consent to look through the vehicle where the officers found not only marijuana, but also cocaine and prescription drugs. The client was then arrested and subsequently charged with possession of a controlled substance under California Health and Safety Code section 11350(a) and California Business and Professions Code section 4060.

After being charged with possession of a controlled substance in Ventura, the client faced three years imprisonment in the county jail and the possibility of both a felony and misdemeanor conviction appearing on his record if the charges were not dismissed, according to court documents. The client sought out the assistance of Mr. Ashtiani, who immediately began to investigate the case and the surrounding circumstances.

In a case where the client is charged with drug possession the prosecution has the burden of proving that the client is guilty. As an experienced defense attorney, Mr. Ashtiani was aware that he did not necessarily have to prove that the client was innocent, but rather needed to show that there was significant doubt that the client was in fact guilty. Mr. Ashtiani successfully raised enough reasonable doubt as to whether the drugs actually belonged to the client, which in the end convinced the district attorney to drop the charges against the client. As a result, the client does not have any criminal convictions on his record and will not serve any jail sentence.