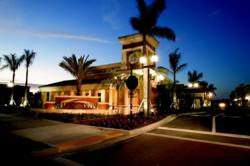 Terry Hanck, a Chicago native who now lives on Singer Island, will perform March 14 on an intimate outdoor stage during a free concert that is open to the public.

He has been hailed as one of the most outstanding and formidable saxophone players in the blues business. He is the winner of the 2012 Blues Music Awards for “Best Horn.” And his resume includes a decade-long stint with Elvin Bishop at the height of the musician’s “Fooled Around and Fell in Love” fame.

Terry Hanck, a Chicago native who lives in one of Waterfront Properties and Club Communities' neighborhoods in Singer Island, will perform March 14 on an intimate outdoor stage during a free concert that is open to the public. The concert will run from 6 to 8 p.m. at Midtown in Palm Beach Gardens.

Waterfront Properties encourages area residents to come out to the show in support of a national talent and a local homeowner. Critics, reviewers and concertgoers alike all have been blown away by Hanck’s extraordinary sax skills, his hepcat voice and his choice of lyrics and notes. He has been described as a “rare breed,” a “triple threat” and a “big dog on sax and vocals.” Those who come to the concert are sure to go home as fans.

The 2012 Living Blues Awards tapped Hanck as the Critics’ Poll’s Most Outstanding Musician (Horns), and, in 2011, Hanck released his newest album, Look Out, on the Delta Groove Music label. He tours mostly year-round, and after the March 14 show, he moves on to Blue Jean Blues in Fort Lauderdale on March 15, Seminole Coconut Creek Casino on March 16, The Funky Biscuit in Boca Raton on March 23, Earl’s Hideaway in Sebastian on March 24 and Boston’s on the Beach in Delray Beach on March 26.

Midtown is on PGA Boulevard, close to the private community of BallenIsles, and offers a variety of dining, shopping and services, including the Jewish Community Center of the Greater Palm Beaches North campus, the Lighthouse ArtCenter Gallery at Midtown, and The Borland Center for Performing Arts.