New York's Tartan Week celebrations will commence with a Scots festival at the South Street Seaport on Saturday, March 30. 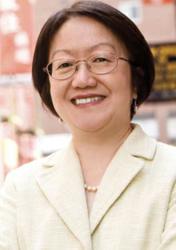 “Tartan Day at the South Street Seaport” will officially open New York Tartan Week on Saturday, March 30. The program will run from 11 am to 3 pm, rain or shine. The program is offered to the public free-of-charge. Performers at the event include the Rampant Lion Pipe Band, the New York Celtic Dancers and the NY Harp Orchestra.

The program is produced by the Clan Currie Society – one of the country’s leading Scottish heritage organizations. The Seaport event opens NY Tartan Week – a two-week festival of all things Scottish, including a Scottish fashion show, whisky tastings, and a parade featuring pipe bands, clans and Scottish dogs.

Usually held on Ellis Island, the 2013 event has been temporarily relocated to Pier 17 at the Seaport due to ongoing Hurricane Sandy repairs. For Society president and Tartan Day producer Robert Currie, the move to the South Street Seaport is fortuitous. “We are absolutely delighted to be bringing our Tartan Week program to the beautiful South Street Seaport. Like Ellis Island, the Seaport also sustained damage during Superstorm Sandy but has been fortunate to remain open. We’re delighted to help draw the public back to this Lower Manhattan historic gem.”

The Tartan Day event serves as an important reminder that the Seaport – home to a whole host of shops and restaurants as well as the South Street Seaport Museum - is open for business.

“I want to thank the Clan Currie Society for holding this year’s Tartan Day festival in the South Street Seaport,” City Council Member Margaret Chin said. “After hurricane Sandy, the Seaport is in desperate need of the support, and I know this festival will help bring much needed pedestrian traffic to the area. I look forward to participating in this year’s festival and in celebrating all that Scottish culture has to offer.”

“We’re glad that our program can help drive visitors to the Seaport,” said Currie. It’s just one of many ways the Clan Currie Society has taken action to provide support in response to Hurricane Sandy.”

The Clan Currie Society is a founding member of the New York Tartan Week Alliance, the official body coordinating many of the anchor events of NY Tartan Week including, the "From Scotland with Love" fashion show and charity fundraiser, the popular "Whisky Live" scotch tasting evening, and the "Celebration of Scotland's Treasures" dinner hosted by the National Trust for Scotland.

About Tartan Day on Ellis Island

Tartan Day on Ellis Island is one of the principal Scottish heritage events in the United States. Playing host to literally thousands of domestic and international visitors each year, it was the largest Tartan Day celebration in the world last year exceeding 70 thousand visitors.

Describing the program, noted Scottish journalist and author Roddy Martine reported that of all the Tartan Day events held in the United States, the Ellis Island observance has, "stood out as a beacon of what USA Tartan Day is all about: the emigrant ancestors of ordinary Americans who over three centuries crossed the Atlantic Ocean to create the world's greatest democracy."

As part of the celebrations for Tartan Day 2011, the Clan Currie Society commissioned the new Ellis Island Tartan© to mark the 10th Anniversary of Tartan Day on Ellis Island. Each color in the tartan reflects upon the American immigrant experience. The blue represents the ocean that had to be crossed to reach the American shores. The copper-green is the color of the Statue of Liberty. The red depicts the bricks of the Ellis Island buildings where 12 million Americans took their first steps towards freedom. The gold is the golden door that is the United States of America and the dawn of a new life in America.

Brian Wilton, director of the Scottish Tartans Authority in Crieff, Scotland said: "As the first American footfall for millions of emigrants —including hundreds of thousands of Scots—Ellis Island plays an extremely important part in many family histories. It is entirely appropriate that all those whose American origins were born there should be able to celebrate and commemorate that momentous occasion by wearing the new Ellis Island Tartan.”

About The Clan Currie Society

The Clan Currie Society is an international, non-profit cultural and educational organization. It is the preeminent Scottish-American cultural society in preserving and promoting Highland heritage at Scottish Games, ethnic festivals, as well as community groups and classrooms. The Society has over 2,000 members worldwide that gather via the Society’s website and at special events and clan gatherings.

The Society was originally formed in Glasgow, Scotland in 1959 to further the knowledge and appreciation of the MacMhuirich (pronounced MacVurich) Bardic dynasty. The MacMhuirichs, originally from Sligo, served for over 700 years as professional poets to the Lords of the Isles and later to the MacDonalds of Clanranald among other prominent Highland clans and families. The Red Book of Clanranald, one of Gaelic Scotland’s literary treasures, was penned by successive generations of the MacMhuirich family.

Today, the Society is a respected producer of programs and events to honor Scotland’s rich culture and heritage. The Society’s signature events include The Pipes of Christmas, the annual observance of Tartan Day on Ellis Island – the largest attended Tartan Day event in the world, and the annual MacMhuirich Academic Symposium. The Society’s growing scholarship program provides financial support for students wishing to further their studies in music, poetry, and Gaelic history.

In honor of the clan’s Bardic heritage, the Clan Currie Society is also the Title Sponsor for the Scottish Harp Society of America’s National Championship. The harp or clarsach was the instrument of the bard. The Society also produces the Harp Glen – a festival of the Scottish Harp at the Seaside Highland Games in Ventura, CA – and participates in over a half dozen Scottish Highland Games in the US, Canada and Scotland.

The Society has spearheaded the construction of two permanent clan monuments in Scotland. A MacMhuirich Memorial Cairn has been built adjacent to the ruins of Bale nam Bàrd, the medieval home of the MacMhuirichs on the Island of South Uist. A memorial stone, commemorating the bard Lachlan Mòr MacMhuirich, has been installed at Makar’s Court alongside the Scottish Writers Museum in Edinburgh.

Clan Currie is an outstanding producer of exhibitions and documentary films. Past exhibitions have included “The Life and Legacy of John Muir,” “Tartan – Scotland’s Enduring Icon,” and “Loyalty and Rebellion: The Jacobites and America.” The Society received one of its many awards for video production excellence for “The Crafter’s Song”, a documentary film narrated by Cliff Robertson. The film can be viewed on Clan Currie’s YouTube channel on the web.