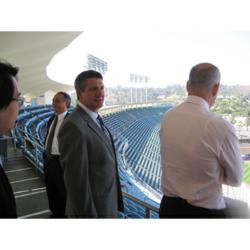 “Steve is a great addition to our senior management team here at Divide Nine,” said Gopala. “Not only does he bring a wealth of experience in designing effective monetization strategies for major brands, but he also brings a deep understanding of brand activation and value creation that will further our company in the same way that he has in the past.”

“Divide Nine is in a unique position of huge opportunity and growth in the coming years, especially as it looks to pioneer technology and emotional media.” said Spartin. “The company is not only built upon the solid foundation of experienced leadership in its team but also boasts young, burgeoning talent as well. I am ecstatic to contribute and be a part of this great team”