Carfinance247.co.uk Reveals Over 40% Of People Will Borrow To Fund Their Next Car Purchase

New research highlights that while we may be in the throes of a recession, people are still spending money, with 60% saying they plan to buy a new or used car within the next six months. 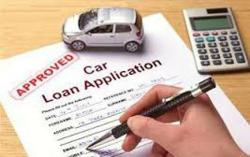 80% plan to buy a used car rather than a new car – citing cost as the major reason.

The study* from car finance and dealer specialist carfinance247.co.uk found that:

The survey also showed that 80% plan to buy a used car rather than a new car – citing cost as the major reason.

Emily Henshall, Marketing Manager at Carfinance247.co.uk, says: “This research shows what we have felt all along, that cars have become a necessary item. With families spread across the country, longer commutes to work and busier public transport, these factors all point to families needing cars - and reliable updated cars at that.”

"On top of that, nearly 40% of respondents will use credit facilities to fund a car purchase, so while most debts are being controlled, a car purchase, however it is done, is seen so important to drivers that they will borrow."