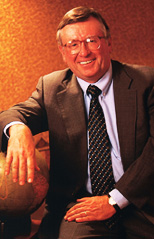 Concurrently, Cook’s newest hit novel in the second of the Cooch series of national security thrillers, “Patriot and Assassin” will be offered with the Kindle version reduced to $5.65.

Cooch has emerged as one of the most unusual killers, with a bent towards both Wall Street and special ops warfare in this national security thriller. Offered from Royal Wulff Publishing and Robert Cook Novels (http://www.robertcooknovels.com), the novel features protagonist Alec Cuchulain.

Cook develops Alec Cuchulain both as a hedge fund manager and a CIA-sponsored special-ops warrior. Cooch moves from a Marine at 16, to a noted CIA warrior at age 25 and finally as a hedge fund manager, with stops at Oxford and Morocco. The drug cartel has decided to trade cocaine for defense secrets; Cooch and company are sent to crimp their plans. His allies include a Rhodes Scholar former Seal, a former Marine sniper and a foul-mouthed, scary smart, female CEO of a software company.

The protagonist is a violent killer with a unique set of learned qualities. His father is a wheelchair-bound former Marine and Medal of Honor winner who gives his son advice as to how to survive in a violent world. His mother is the daughter of a Bedouin sheik who sends her young son off during many of his summer breaks to experience and learn the Bedouin life. The combination of a very young start in learning the art and craft of violence, combined with a thirst for knowledge drives him to become both a noted designer and user of explosives and an expert in Islamic affairs.

Mr. Cook is an active philanthropist. He endowed the Robert E. Cook Honors College of Indiana University of Pennsylvania that was recently covered in Donald Asher's book, "Cool Colleges for the Hyper Intelligent, Late Blooming and Just Plain Different." http://www.iup.edu/honors. He is currently active in its support, particularly for Achievement Funds used for assistance in study abroad and supporting low-paying, but valuable, internships.
Cook was named the Ernst and Young Entrepreneur of the Year for the Metropolitan Washington, DC Region in 1987.

Originally of Altoona, Pennsylvania, Cook holds a BS in Mathematics from Indiana University of Pennsylvania and an MBA from the George Washington University.