Daniel S. Moffatt, Criminal Defense Attorney, Assisted Client to Get Charges for Being Under the Influence of a Controlled Substance and Drug Possession Dismissed

Wallin & Klarich defense attorney, Daniel S. Moffatt, recently assisted his client to get all charges for drug possession dismissed. The client was charged with being under the influence of a controlled substance, felony possession of methamphetamine and misdemeanor possession of drug paraphernalia, but was able to avoid a jail sentence with the assistance of Daniel S. Moffatt. (California Health and Safety Code 11377(a), 11364(a) and 11550(a)) 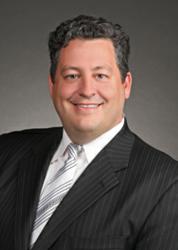 Sometimes an attorney can use all the facts to the client’s benefit, especially if the client has been or is being already punished for another crime.

A Wallin & Klarich client, who was recently charged with being under the influence of a controlled substance, being in possession of methamphetamine, and being in possession of drug paraphernalia, was able to get all charges dismissed. The client was represented by experienced criminal defense attorney Daniel S. Moffatt, who helped convince the District Attorney to drop all charges against the client relating to drug possession, because the client was already being charged with another crime in a different county.

“Sometimes an attorney can use all the facts to the client’s benefit, especially if the client has been or is being already punished for another crime. The idea is to try and combine multiple cases and not add any additional punishment to accomplish the goal of getting the best possible result. Here, the client’s situation allowed me to get all of his charges dropped completely without the client even having to come back to court,” said Mr. Moffatt.

As a result of the charges, the client was facing a minimum of 90 days in jail and a maximum sentence of three years in prison. In addition, the client faced the possibility of having to register as a drug offender. During a similar time frame, the client had also been arrested for other felony charges in a different California county unrelated to the charges of being in possession of methamphetamine and drug paraphernalia.