A new league table from Duport.co.uk reveals that Bedford is leader of the pack when it comes to female director appointments in the UK, while London lags behind. 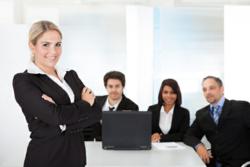 Bedford is currently number one for female director appointments

Leading company formation specialists, Duport.co.uk have released a league table of the top 100 areas of the UK for female director appointments during Q4 of 2012.

Bedford takes the number one spot, with 34.58% of all director appointments during Q4 being women. Ashford is next in line with 33.23%, closely followed by Bath with 32.73%. Surprisingly, London comes in 79th, and Wembley and Hounslow come in at 88th and 97th respectively.

“Our league tables for female directors appointments reveal some very interesting statistics relating to gender bias around the UK. It is interesting to note that none of the top ten areas are within Greater London. In fact, many London areas appear towards to the bottom of the table.”

The full director gender league table can be found at http://www.duport.co.uk/confidence-reports/town-league.php.