A new national league table from Duport.co.uk shows the West Midlands is second only to Greater London when it comes to number of active companies. 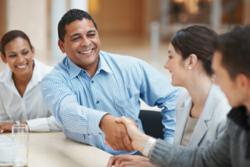 The West Midlands has a high number of active companies

The latest Duport County League Table shows that during the fourth quarter of last year, the West Midlands had the second highest number of active companies in the UK, after Greater London.

The West Midlands has held this position every Q4 since 2005, when it knocked Surrey out of 2nd place, marking a surge in new companies setting up outside the South East.

The economy of the West Midlands looks set to gain further momentum this year, as a new report from PwC predicts GDP growth in the county is expected to reach 1.8 per cent in 2013, the highest growth outside Greater London and the South East.

“The West Midlands saw business activity contract at a faster rate than in any other UK region during the recession, so the fact is has managed to hold on to second place in our league table is impressive.

“A high number of active companies is fantastic news for the economy of the county, as it should help increase wealth and employment.”

Duport County League Tables are generated and released by Duport Associates Ltd. The data contained in these tables is assimilated and analysed by Duport using public record data from sources including Companies House, Office for National Statistics and Ordnance Survey. Duport Associates Ltd is a leading UK company formation agent, established in 1997 and registering around 10,000 new companies each year through its Companies House approved software.