AccuPOS' new central management feature will bring a bigger slice of the pie to restaurant franchises. 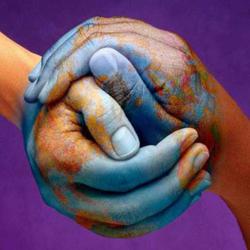 Whatever the implications for the world at large, the effect of globalization on restaurant franchises is likely to be one of prosperity.

In honor of Pi Day, which is the somewhat geeky mathematical celebration of pi (3.14) on March 14th (3.14), AccuPOS is offering its own mathematical breakthrough (and a bigger slice of pie) by developing multi-location central management for its restaurant POS software. More pie for everyone!

The world is flat (and getting flatter)

As Tom Friedman noted several years ago, globalization is significantly altering the way different industries work, from education to finance to restaurant POS software. With the rapid development of the so-called BRIC countries (Brazil, Russia, India, China), it was only a matter of time before everything from Starbucks franchising to investing at Goldman Sachs became more centralized. In developing a multi-location central management feature for its latest iteration of restaurant POS software, AccuPOS will bring the same centralized approach to restaurants with multiple franchises.

Everything, everywhere, all the time

There are positives and negatives to globalization; for instance, most Americans are glad they can access their Bank of America accounts from overseas, through Barclays and BNP Paribas, among others. Opinions are split on whether or not it is a good thing that you can order the same caramel macchiato in New York as you can in Zurich. As a negative, globalization has posed a problem for U.S. politicians in that they are sometimes unaware that their portfolios include, for example, investments with countries (Iran, North Korea) against which the U.S. has imposed sanctions. Whatever the implications for the world at large, the effect of globalization on restaurant franchises is likely to be one of prosperity; the homogeneity of consumption can mean nothing but good for restaurant franchises.

More of what to expect from AccuPOS’ centralization of POS software:

Attitude POSitive is the creator of AccuPOS (Point of Sale) inventory management and time clock software for the retail and hospitality industries. The AccuPOS family of products, designed to be faster and easier than a cash register, offers unmatched ease of use, security and cost-effectiveness to streamline the sales process.

AccuPOS products, based on open standards, expand the capabilities of an existing accounting program and allow users to grow and change without being locked into proprietary vendor products. AccuPOS products are integrated with the most widely used accounting packages, including the QuickBooks, Sage 50 – U.S. Edition, Sage 50 – Canadian Edition and Sage 100 ERP products.

Founded in 1999, Attitude POSitive is headquartered in Los Angeles with regional offices throughout the United States as well as in Europe and Israel. For more information, visit http://www.accupos.com.