The Nasty Side Effects of Hostility – Queendom.com’s New Study Reveals How Hostile Emotions Can Breed or Feed Unhealthy Habits

Queendom.com’s latest study shows a higher potential for smoking, drinking and high blood pressure in hostile individuals. The study confirms that hostility is one of the major components responsible for health problems related to Type A personality. 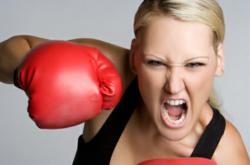 Hostile people have a negative outlook on life and get in trouble more often for aggressive behavior.

Hostility is one of the main attributes responsible for the negative health consequences of Type A personality.

Hostility isn’t just an emotional issue – it has an impact on both physical and mental health. Queendom.com, a pioneer in online personality, IQ, and career tests, has released its latest research on the impact of hostility on health. Their study reveals that those who smoke, drink excessively, and have high blood pressure are more likely to experience a higher level of hostile emotions as well.

Are people who are hostile more likely to smoke and drink, or is it the other way around? Perhaps it is two sides of the same coin. From a pool of 6,000 people who took the Hostility Test, researchers at Queendom.com looked at different samples of individuals with unhealthy lifestyle habits.

Their statistics reveal that:

“We can look at this data in two ways: either these bad habits compel people to lash out at others, as alcohol, for example, has been known to do, or their inability to regulate hostile emotions pushes them to seek out comfort in drinking and smoking,” explains Dr. Ilona Jerabek, president of PsychTests. “Either way, hostility is inextricably intertwined with these unhealthy lifestyle practices. When we looked at people who have high blood pressure and who both drink and smoke, the score differences were major. Their top five hostile traits were Direct physical aggression (score of 70), Verbal aggression (70), Anger (69), Cynicism (66), and tied for fifth Resentment (63) and Passive Aggression (63).”

“Hostility is often used interchangeably with anger, but the former is more than an emotion, it’s an attitude,” continues Dr. Jerabek. “According to our research, people with hostile attitudes, aside from practicing unhealthy lifestyle habits, also have a negative outlook on life and get in trouble more often for aggressive behavior. In addition, hostility is one of the main attributes responsible for the negative health consequences of Type A personality.”

While Queendom.com recommends seeking the help of a therapist to deal with high levels of hostility – in addition to breaking unhealthy lifestyle habits – they offer some tips to reducing moderate levels of hostile emotions:

o    Breathe deeply from your diaphragm. Count at least 5 seconds in and 5 seconds out.
o    Repeat calming words. Have comforting phrases ready for situations when anger strikes - for example, replace "I hate him," with "I am very angry with him, but I can deal with this.”
o    Visualize a calming place or thing. A beach, the flicker of a candle flame, or a calm sea.
o    Practice stretching, yoga, tai chi, or any wholesome physical activity that calms you. Engaging in this activity on a regular basis will allow you to become more "in tune" with yourself, while doing it when upset will calm both your body and mind.
o    Go outside and get some fresh air. Nature has amazing healing qualities.

o    Avoid negative words when feeling upset (“Never,” “Can't,” “Hate” etc).
o    Try to keep hostility-inducing issues in perspective. Use the “5-5-5” rule: Ask yourself if the issue will still matter to you in 5 weeks, 5 months, or 5 years.
o    Try to find the positive in a negative situation. There is almost always a silver lining. For example, you can say: "I learned a lesson from this experience.”