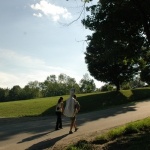 The Musicians from Marlboro touring program has introduced many of today’s leading solo and chamber music artists to American audiences.

The MFM group will be presented in New York City by the Peoples’ Symphony Concerts, in Greenwich, CT by the Greenwich Public Library, in Philadelphia by the Philadelphia Chamber Music Society, in Washington D.C. by the Freer Gallery, and in Boston by the Isabella Stewart Gardner Museum.

The Washington Post described Musicians from Marlboro performances from this past October as “so fresh and full-blooded, so full of earthy vitality and sheer sensual pleasure, that it made you happy to be alive.” The audiences in each city the group visited responded with equal enthusiasm.

About Musicians from Marlboro
Musicians from Marlboro, the touring extension of the Marlboro Music Festival in Vermont, offers exceptional young professional musicians together with seasoned artists in varied chamber music programs. Each program is built around a work performed in a previous summer that Artistic Directors Richard Goode and Mitsuko Uchida and their colleagues felt was exceptional and should be shared with a wider audience. The resulting ensembles offer audiences the chance to both discover seldom-heard masterworks and enjoy fresh interpretations of chamber music favorites. The Ligeti Trio was the work around which this tour was built. Over the course of the two summers, during which the three artists explored the work in depth, they had the unique opportunity of spending over ten weeks of rehearsal discovering the secrets of the piece. Their investment paid huge dividends with the cheers of audiences everywhere on the tour. For more information visit http://www.marlboromusic.org/.