On Friday, BP filed documents in federal court asking Judge Carl Barbier to order the BP settlement administrator to stop using a revenue formula to pay BP claims or, in the alternative, ban payments to businesses in certain industries. Attorney Michael J. Evans, publisher of BPOilNews.com, says in a new blog post that the use of a revenue formula is the only way to make sure every business harmed by BP's negligent oil spill is fully compensated. 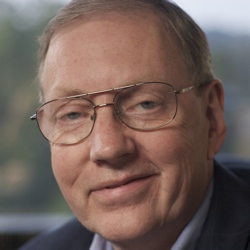 How can BP argue that it's "absurd" to pay a North Alabama contractor millions of dollars? BP signed a settlement agreement in which it agreed to pay businesses located anywhere in the entire state of Alabama.

Attorney Michael J. Evans, in a new BPOilNews.com blog post on the subject of BP claims, says that BP is tying up the judicial system with repetitive court filings trying to avoid its obligations under the Deepwater Horizon oil spill settlement.

In documents filed by BP in federal court Friday, March 15, 2013, BP gave several examples of claims it considers "absurd," including $9.7 million paid to a highway, street and bridge construction company in north Alabama, almost 200 miles from the Gulf.

In its court filings, BP seeks to stop the settlement administrator from paying claims using his interpretation of the settlement agreement, including the use of a revenue formula for the payment of claims.

Evans said, "The Settlement Administrator is merely doing his job and implementing the settlement in a way that compensates businesses hurt by the oil spill, even if they aren't located right on the Gulf Coast."

"How can BP argue that it's 'absurd' to pay a North Alabama contractor millions of dollars?" asked Evans. "BP signed a settlement agreement in which it agreed to pay businesses located anywhere in the entire state of Alabama. But now BP acts surprised when North Alabama businesses file claims."

"There is nothing "absurd" about paying an oil spill settlement claim to a North Alabama business which lost revenue in 2010. BP made these same basic arguments to Judge Barbier, in January and February, and Judge Barbier rejected BP's arguments both times," said Evans.

"The BP oil spill devastated the businesses on the Gulf Coast, but the damage didn't stop just a few miles from the coast." Evans said. "There were suppliers of Gulf Coast businesses who suffered economic loss. Businesses which provided goods and services to the suppliers were also harmed by the oil spill. The settlement administrator and the court have both recognized that it is fair to pay businesses based solely upon a formula comparing gross revenues during the time of the Deepwater Horizon oil spill (May-December 2010) with gross revenues earned in other years."

Evans recently joined forces with the law firms of Yearout & Traylor, P.C. and Gathings Law to create a website with a video of attorneys Gusty Yearout and Lloyd Gathings explaining BP business claims. The website is http://www.bp-settlement-help.org.

Evans created the BPOilNews.com blog in 2010 within a week of the Deepwater Horizon oil spill. The BP Oil News blog, Facebook Page and @BPOilNews Twitter account were all started as a New Media project to provide daily, and sometimes hourly, coverage of the oil spill. Evans refused to accept oil spill clients for more than a year, until he became convinced that Kenneth Feinberg and BP were not paying BP claims "promptly" and "fairly," as promised. Articles written by Evans and posted on BPOilNews.com have been cited or quoted in the New York Times, other publications in the U.S., Europe and Australia, and in at least one law review article by the Environmental Law Institute.

Evans is currently working the law firms of Yearout & Traylor, P.C. and Gathings law to represent businesses with BP oil spill claims. The firms have created a website with a video explaining how businesses anywhere in Alabama may be eligible to file BP claims. The website is located at http://www.bp-settlement-help.org.