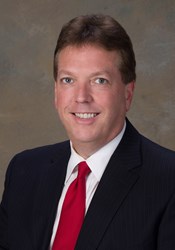 “Your video doesn’t have to be a Spielberg epic to be a good crowdfunding video, but it needs to follow five simple rules to succeed.”

Crowdfunding Expert Kendall Almerico, the CEO of ClickStartMe.com, has released a video explaining five things every good crowdfunding video should do to maximize the chances of success. Almerico speaks not only from his experience operating the hottest new crowdfunding site on the Internet, but also from his background as a television and radio producer and host.

Almerico's new video explains the five things that make or break a crowdfunding video. “Your video doesn’t have to be a Spielberg epic to be a good crowdfunding video,” Almerico notes. “But, it needs to follow five simple rules to give you the best chance of success.”

1.     Good video and audio quality make a difference. While a good quality crowdfunding video can be shot on an iPhone or with a camcorder, care must be taken to assure good lighting and audio. Recording a video in a well-lit room or outdoors makes the lighting part easier. The sound is another issue. If using a phone to record the audio portions, speak loudly, clearly and not too close to the phone, or too far away from it. Listen to a sample. If it sounds too hollow or if words that start with a P make sound “pops,” do it over. Also, beware of echoes. If shooting outdoors, this is usually not a problem. But recording indoors in a room with wood or tile floors is asking for trouble. By trial and error, it is easy to find a room that works.

2.    Plan the video in advance. Trained public speakers or actors can turn on the camera and talk without a plan. For others, this is is a recipe for disaster. Write a script, and try to stick to it. When writing the script, think about how a journalist tells a story. Give the “who, what, when, where and why.” In addition:

“The ask” is the portion of every crowdfunding video at the end where the project creator asks for donations.

3.     Only talk about two or three rewards, not all of them. People do not want to hear about every reward being offered. Highlight some of the best rewards. Pick one from the low end, one from the middle range, and one high-end reward and discuss them. Remind the viewer that there are other rewards they can see by reading the project text. Most importantly, get excited to pitch the rewards. Excitement is contagious, and the viewer will also get excited about it if done correctly.

4.    Add update videos as the project continues. People should update their crowdfunding project constantly, adding rewards and trumpeting their successes. Consider posting additional videos when these things happen. Not only do videos get more interest for the crowdfunding project, but they get lots of additional plays on Facebook and social media when they are posted. An update video is particularly effective down the home stretch, when trying to get everyone excited again to fully fund the project as the end approaches.

5.     Keep it short and simple, but end with a bang! The video should be no longer than 3 minutes unless absolutely necessary. The last 10-15 seconds should be “the ask” where the project creator requests donations and ask for help spreading the word. This should be clear, carefully worded, and create a sense of urgency and action. Tell people what to do, and do not leave it up to them to figure it out on their own. Check out these examples:

Bad Ending:     “Thank you for watching my video and for your attention.”

Good ending:    “We only have 30 days to raise $10,000 and we need your help, now! Donate today and, just as important, spread the word by sharing our project with everyone you know. Thank you for helping to make our dream, a reality.”

Kendall Almerico is available for interviews or to answer any questions about crowdfunding from the media.