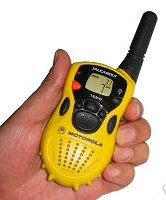 With city, county and state public safety and police budgets being slashed...communities are faced with establishing awareness and neighborhood safety systems for their own protection.

Wireless two-way communications are generally the preferred method of maintaining neighborhood watch cohesion in a community. The Wireless Industry Association is well-positioned to promote awareness of the most appropriate types of two-way radio systems for existing and potential neighborhood crime watch groups. WIA president, Bob Hutchinson, explains, "With city, county and state public safety and police budgets being slashed, and even eliminated in some cases, neighbors, neighborhoods, and communities are faced with establishing awareness and neighborhood safety systems for their own protection." Hutchinson adds, “Although Neighborhood Watch Radio doesn't sell anything, the GMRS and UHF two-way radios are among the most available consumer electronics products today. Wireless industry retailers, community interest groups, Hams and Ham Radio Club volunteers, and vendors also live in neighborhoods and are ready to help set up groups.” (http://www.wirelessindustry.com/index.asp)

WIA's sister site, Neighborhood Watch Radio, hopes to increase public awareness of the need for in-community safety & anti-crime prevention systems. One of the ways it intends to do this is by encouraging members of existing or future neighborhood watch groups to communicate with reliable two-way radios to monitor and prevent crime. The group offers group organizing and means for contacting neighbors through zip codes through the website (NeighborhoodWatchRadio.org). NWR also helps to set up neighborhood volunteers, coordinators, and group members, as well as to provide crucial information on various inexpensive two-way radios available for the most reliable and appropriate group use.

NextDoor.com is an already established neighborhood social network site that has received notable media coverage from the likes of ABC News, CNN, and the Wall Street Journal. The site has promoted awareness of neighborhood crime prevention by offering community organization resources, and has achieved great exposure and a growing list of subscribing neighborhood groups. The WIA stands poised to support such sites in their effort to fill in the gap caused by shrinking local resources toward better neighborhood safety and security.

The Wireless Industry Association is extending an invitation to all home owner associations, home owners, public safety and local law enforcement agencies, and local media to reach out for information about services and advice on how best to equip such programs for success using the most appropriate existing two-way radio technology. Interested parties may contact Mary Ann Reuter via the attached contact email link for more details.

We Talk! We Act!Logo for Neighborhood Watch Radio