Leading company formation agents, Duport.co.uk have released a range of national league tables that provide some fascinating and suprising insights into business performance around the country. 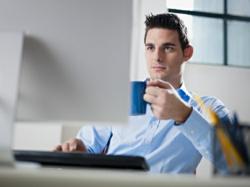 They are a fantastic way to get a sense of which areas of the country are performing best, and which are lagging behind.

The information in the tables is based on Companies House data and allows users to find out which areas of the country rank the highest for company growth, active companies, female directors and directors under 25-years-old.

The tables throw up a number of interesting and unexpected results. Although London tops the table for active companies, Wirral comes out top for net company growth, with London trailing in 15th place.

The tables, which are available for both towns and counties, contain quarterly data from 2000 to the present day, making it possible to compare how an area’s ranking has changed over time. For example, in Q4 of 2008 Romford was number one in the UK for female director appointments, but by Q4 of 2012 it had dropped to 45th.

“Our national league tables make for interesting, and often surprising reading. It’s not always the places you expect that come out on top. They are a fantastic way to get a sense of which areas of the country are performing best, and which are lagging behind.”

The tables can be used in conjunction with Duport Business Confidence Reports, which are also available at http://www.duport.co.uk/confidence-reports/. These reports contain more detailed statistics on specific areas, giving an insight into the local economy of a particular place.