After watching a motorist lose control of his car and crash, Robert Woolf suspected there could be spinal injuries and knew just what to do. 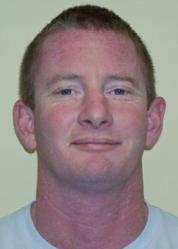 It makes me shake just thinking about it… But you can’t see something like that happen right in front of you and not try to do something.

Professional truck driver Robert Woolf of Leland, North Carolina, has been named a Highway Angel by the Truckload Carriers Association (TCA). Woolf, who drives for Con-way Truckload of Joplin, Missouri, is being recognized for helping a man who had suffered possible spinal injuries.

On November 7, 2012, at approx. 6:00 a.m., Woolf was driving along I-90 about 100 miles east of Syracuse, New York, when a small passenger car passed him. Suddenly, the road curved, and the car went off the road, rubbing against the guardrail. It maintained its speed and continued to rub against the guardrail for about ¼ mile. With rubber and car parts flying everywhere, Woolf recognized that something was seriously wrong and called 911.

When the guardrail ended, the car traveled across the median, crossed into the opposite side of the highway, hit that guardrail, spun back over in the median and came to a stop. Woolf hung up with 911, pulled over, put his flashers on, grabbed his fire extinguisher and ran to the vehicle.

Through the window, he could see that the driver was still confined by his seatbelt and the airbag, which had deployed. He was bloody and unconscious. The door on the driver’s side was jammed shut, so Woolf went over to the passenger side and was able to crawl into the car. He remembered an incident from his days in truck driver training school, when he and some fellow trainees had witnessed a similar type of accident. One of those trainees – a man with medical training – had told everyone how important it is to keep accident victims perfectly still to avoid spinal injuries. With this advice in his head, Woolf used his shoulder to prop the man up. He then cupped his hand against the man’s neck to serve as a makeshift brace. He held the man immobilized this way to keep him from further spinal injury until the paramedics arrived and took over.

“It makes me shake just thinking about it,” said Woolf, who found himself covered in the man’s blood after he relinquished medical care to the authorities. “I couldn’t sleep for a week afterward. But you can’t see something like that happen right in front of you and not try to do something… your conscience tells you that you have to [help].”

The Highway Angel program is sponsored for TCA by Internet Truckstop. Since the program’s inception in August 1997, hundreds of drivers have been recognized as Highway Angels for the unusual kindness, courtesy, and courage they have shown others while on the job. TCA has received letters and e-mails from people across North America nominating truck drivers for the program.

To learn more about the Highway Angel program or to nominate a driver, please visit http://www.truckload.org/highway-angel.