A new league table from Duport.co.uk shows the top 100 towns for net company growth during the fourth quarter of 2012. 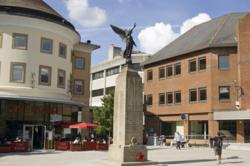 The latest Duport Town League table shows the top 100 UK towns for net company growth, with some surprising entries towards the bottom of the list.

Coming in at number 95 is the busy tourist town of Chester, which had just 0.32% net company growth during Q4. The table shows that Chester moved up and down the table throughout the year, rising to 10th place in the Q2 before dropping to 95th in Q4.

There didn’t appear to be any particular region that dominated the bottom ten; there were five southern towns, four northern towns and one midlands town in the lowest positions.

“Our league table for net company growth saw some unexpected areas in the bottom ten, showing that even the most prosperous towns have felt the impact of the recession.”

The full league table can be viewed at http://www.duport.co.uk/confidence-reports/town-reports.php, along with national league tables for other key business confidence metrics.