Roberto Falck, who is best known for his work as a New York wedding photographer, just received The Grand Award for his breathtaking portraiture album "Souls of Morocco". The 2013 WPPI Awards of Excellence Album competition has submissions from around the world. Falck’s album captures the story of his travels to Morocco and earned the top spot in the informal category of the competition as well as the highest award, the Grand Award for albums. 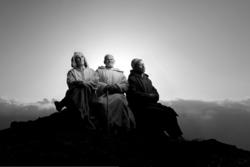 New York wedding photographer Roberto Falck was awarded last week the Grand Award and first place award in the informal category when Wedding & Portrait Photographers International (WPPI) announced the winners of their Awards of Excellence album competition. Both awards are considered a prestigious honor. The albums were judged by some of the world's best photographers around the world at the WPPI Conference and Expo, the largest professional photography trade show in the world. The "Souls of Morocco" album captures portraits of the people Falck met in his recent travels in the african country.

While Roberto Falck is well known for New York wedding photography, as well as New York family photography, it was the photographer's work capturing the people and places of Morocco that won the Grand Award.

Roberto Falck has a passion for traveling and for depicting the true essence of people in remote and undiscovered locations. He is known for his use of form and light to create hard to achieve and breathtaking images, but it is the way he meets and connects with his subjects that give him access to their homes, families and ways of life. Often he and the people he photographs do not speak the same language but through Falck's kind nature he has a way of communicating and connecting to his subjects.

Being a New York wedding photographer as well as a travel photographer, Falck is not new to the art of photographing people yet when given the chance he will travel to remote locations to do his signature Black and White work. When asked about this, Falck said, "I live in a very big city, so when I travel I gravitate toward the opposite. I like to stay in smaller towns where I can feel the slower pace of life and have more time to connect with locals."

Falck also attributes his love for travel and the outdoors to his childhood in Ecuador and his father, who was a climber. His father would frequently introduce him to the the beauty and wonders of exploring the outdoors.

Moving to New York to pursue photography after graduating college, he eventually found his niche among the many New York wedding photographers when he took his photography underwater, photographing brides submerged in pools for an ethereal, artistic look. When he needs a break from the hectic pace of the city, he travels to exotic international destinations, camera in hand, to capture a slower pace and lifestyle.

The last number of years he has also won numerous awards for his travel albums in Tanzania and Bolivia. His image of a Massai tribe was included in the National Geographic book entitled Life in Color. This is considered significant because it was a collection of National Geographic magazines in his childhood home that first piqued his interest in the visual arts.

About Roberto Falck Photography
Roberto Falck is one of the top New York wedding photographers and top New York family photographers. He collaborates with photographer, Rachel Elkind to photograph a limited number of weddings and families per year to provide a very customized and personal experience. Their style has been described as both photojournalistic and contemporary. They not only do commissioned work, they participate in the community by donating to many organizations, schools and non-profits. Their interest is to provide artistic images that will be valued and cherished forever.