Jonathan’s Landing in Jupiter will welcome a team of volunteer players to the challenging Old Trail course. 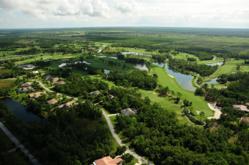 On March 22, 2013, the Jonathan’s Landing Golf Club at Old Trail will be the site of the 1 p.m. shotgun start co-chaired by Brad Neider and Michael Roscoe.

Teeing off to help build homes -- and hope -- for deserving families in South Florida, Habitat for Humanity of Palm Beach County and partner PGA South Florida Foundation will kick off the sixth-annual Home in One Golf Classic fundraising event at Jonathan’s Landing in Jupiter.

Waterfront Properties and Club Communities has sold homes in Jonathan’s Landing for several years and is proud the development is opening its doors to such a deserving charity. Habitat for Humanity of Palm Beach County is a nonprofit organization whose mission is to eliminate substandard living conditions by constructing safe and affordable homes for those in need.

On March 22, 2013, the Jonathan’s Landing Golf Club at Old Trail will be the site of the 1 p.m. shotgun start co-chaired by Brad Neider and Michael Roscoe. Tickets cost $375 for a single player and $1,500 for a foursome, both of which include the exciting Tee It Up Cocktail Reception. The Tee It Up Cocktail Reception will take place the prior evening, March 21, at the Jonathan’s Landing Golf Club Village Course.

The Home in One Golf Classic has proven to be an attractive participation event for affluent and philanthropic residents with homes in Jupiter, Palm Beach Gardens and North Palm Beach. Neider and Roscoe attribute much of the event’s success to the generous sponsors and the prestigious auction. The Tee It Up Cocktail Reception will feature both silent and live auctions, raffles and prizes, followed the next day by a fun-filled golf outing, a barbecue lunch and a ceremonial awards presentation.

Among the items in the auction packages at last year’s Home in One Golf Classic were Ryder Cup tickets, PGA Championship tickets, The Honda Classic tickets and destination vacations. In addition, each foursome received a complimentary round of golf at The Bear’s Club in Jupiter, Lost Tree Village in North Palm Beach, The Loxahatchee Club in Jupiter and Old Marsh Golf Club in Palm Beach Gardens, among others.

For information about Jonathan’s Landing, which is off Alternate A1A in a central and convenient location, call the sales specialists at Waterfront Properties at 561-746-7272.