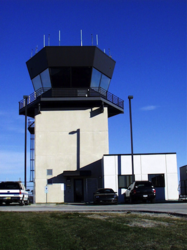 “We suggest that a more thoughtful look at expanding the Contract Tower program to many other airports across the country may be a better solution than eliminating 40 percent of the nation’s air traffic control towers.”

The Waukesha County Airport (also known as Crites Field) is one of 173 airports that are scheduled to have their air traffic control towers closed on April 7, 2013, as part of the U.S. Department of Transportation’s solution to reduce its budget under the federal sequester, effectively eliminating the Contract Tower program. However, the Office of the Inspector General's 2012 Audit Report revealed that Contract Towers have a significantly lower number and rate of safety incidents than similar FAA-staffed towers, and they cost an average of $1.5 million less per year.

“This raises the question of why the FAA would choose to eliminate the safer and more cost-effective option, and likely put the Contract Tower companies out of business,” said Kurt Stanich, Waukesha County Airport Manager. “We suggest that a more thoughtful look at expanding the Contract Tower program to many other airports across the country may be a better solution than eliminating 40 percent of the nation’s air traffic control towers.”

By expanding the more cost-effective Contract Tower operating model, the FAA may very well be able to achieve the cost reductions needed without decreasing aviation safety, without forcing the closure of the three Contract Tower companies, without putting hundreds of air traffic controllers and related workers in the unemployment lines, and without shifting costs to local property tax payers.

According to the FAA letter received by Waukesha County Airport, the rationale for choosing which airport towers to close is based on the degree to which the air traffic control tower affects the “national interest.” The Wisconsin airports that the FAA will continue to fund are those that have commercial airline traffic, even though several of them have less overall air traffic throughout the year than Waukesha County Airport.

Stanich continued, “As the fourth busiest airport in Wisconsin and the busiest general aviation airport, we question the definition of ‘national interest.’ Although Waukesha County Airport does not have airline service, it does serve hundreds of corporate, charter and cargo aircraft which are of similar size to the regional airlines’ aircraft, and the corporate and charter aircraft do carry passengers throughout the country and internationally, just like the airlines.”

Waukesha County Airport is the only general aviation airport in Wisconsin that has been designated by the FAA as a “national airport.” According to the FAA’s definition, “National airports support the national and state system by providing communities with access to national and international markets.” In 2012, there were only 84 such airports across the country. This definition would seem to meet the FAA rationale of airports that affect the national interest.

There are 238 aircraft based at Waukesha County Airport, including two flight schools, Flight for Life and numerous corporate aircraft.

“Although we are certainly not O’Hare, with 57,000 takeoffs and landings last year – an average of 150 every day of the year – we doubt that any of our pilots would consider this to be a low usage airport that does not need an air traffic control tower,” said Stanich. “We urge our federal elected officials to intervene in this issue and ensure that a more thoughtful approach is taken to balancing the public interests of responsible federal use of taxpayer funds, aviation safety and jobs.”

About Waukesha County Airport/Crites Field
Waukesha County Airport is full-service airport open 24/7 and located conveniently just 20 minutes from Milwaukee, in the heart of one of Wisconsin’s fastest growing communities. More than 50 businesses regularly use the airport for corporate travel, either on their own aircraft or via charter and other air transport services. Nearly half of the airport’s 238 aircraft owners use their airplanes for both business and recreational purposes. The airport features runways long enough for nearly all corporate aircraft and an approach lighting system and instrument landing system that enables aircraft to land in inclement weather. Airport-based businesses provide aircraft and avionics maintenance services, flight training, charter and various other services to support local aircraft requirements. The Waukesha County Airport provides nearly 1,000 jobs resulting in more than $24 million in wages and payroll, and is credited with providing nearly $81 million in sales for the organizations that use it for aviation, and the companies that provide goods and services to them.