USIRIS LLC, a nationwide provider of Exede satellite internet, is expanding their current portfolio of services to now include DIRECTV satellite television. 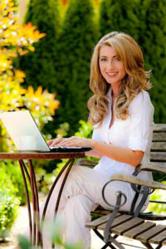 USIRIS LLC, a nationwide provider of Exede satellite internet, is expanding their current portfolio of services to now include DIRECTV satellite television.

As one of just a few national internet providers, USIRIS LLC has taken the initiative to offer nation-wide satellite internet. Victor C. Fuentes, Director of Operations for USIRIC LLC, estimates satellite internet use in the United States will rise sharply in 2013. According to Fuentes, "Exede now offers a Late Night Free Zone - which allows subscribers daily unlimited internet between the hours of midnight and 5AM, plus, ViaSat, has recently earned a Guinness World Records® title for launching and operating the highest capacity satellite in the world. Their satellite, ViaSat-1, is the power behind Exede's 12Mbps internet, and greatly expands the regions that are able to access super-fast satellite internet speed." Many Americans, who are residing in rural and sparsely populated areas, lack access to more traditional, cable based, broadband services. For these consumers, satellite internet is often the only high speed, broadband internet option available to them. Fuentes goes on to say, "We are expecting such an extreme increase in subscriptions, that we are currently working on developing an additional site, called internet satellite isp, to assist us in meeting the increased demand."

USIRIS LLC, realizes that it is typically the same Americans that lack access to wired broadband internet, who also typically lack access to cable television. For this reason, USIRIS LLC has begun offering DIRECTV via their website broadbandsp.com, as a way to more completely meet the needs of their customer base.

In 2012, DIRECTV was rated #1 in Customer Satisfaction, when compared to the largest national cable providers, by the American Customer Satisfaction Index. Plus, DIRECTV currently offers the most advanced high definition DVR available in the satellite television industry. According to Romulo Pontual, Executive Vice President and CTO of DIRECTV, "We simply asked consumers what they wished for in the perfect television experience and then set out to develop as many of those features as possible in our new flagship HD DVR. Given all that Genie can do, we expect our customers to be extremely impressed with this next generation experience."

The DIRECTV Genie delivers an impressive set of innovative features such as the ability to record up to five HD shows all at once; up to three times more HD recording capacity than cable HD DVRs; and a full HD DVR experience on every TV in the home without the need for a DVR box in every room.

USIRIS LLC is dedicated to providing the absolute best in residential satellite technology while, at the same time, maintaining a commitment to exceptional customer service. DIRECTV's shared commitment to these two standards makes them the perfect addition to the services that USIRIS LLC offers.