Secret Messages from the Divine Masters Revealed in Angels Talk 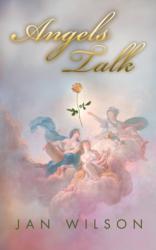 It’s time for us to listen – before it’s too late.

Confucius, Vishnu and Jesus may have radically philosophical and religious affiliations, but all share life-changing wisdom in Angels Talk, the groundbreaking new book by Jan Wilson.

With messages channeled from 20 divine masters, Angel’s Talk offers spiritual insight into controversial topics such as past life regression, karma, apocalyptic predictions and the concept of free will. Along with exploring these topics, the book also speaks to everyday living, sharing heavenly advice for overcoming daily challenges and stresses.

After receiving an unexpected visit from the angel Merlin, Wilson began channeling numerous divine masters and transcribing their messages for the world. Featured in her book are messages from well-known angels such as St. Germain, Maitreya, Serapis Bey, and even God himself.

Previous to being channeled by the divine, Wilson had a variety of unexplained supernatural occurrences, including the emergence of psychic abilities and several out-of-body experiences.

Wilson was encouraged to share the secrets she learned with others to help them live their lives with divine inspiration. She hopes that Angels Talk can help intervene in the violent world we live in, changing the tide of action.

“Angels Talk has been sent to all as a plea from God and his angels to ask for our help in stopping the fighting and misery of the world,” says Wilson. “It’s time for us to listen- before it’s too late.”

About the Author
Janis Wilson has a background in religious studies, where she discovered the remarkable similarities between the beliefs and stories of various mainstream religions. Along with this interest in religion, she has always had an interest in the psychic and spiritual world, and has experienced an array of supernatural occurrences throughout her life. She currently lives with her husband in Henley Beach, Australia.