Saint Jude Retreats, an alternative program to alcohol or drug rehab reviews a recent episode of the show "My Strange Addiction" and how the series impacts viewers. 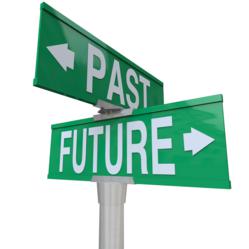 All people have the power to change their addictive behaviors either by abstaining from the behavior all together or moderating the behavior so as to lessen its deleterious effect on their lives.

Saint Jude Retreats reviews a recent episode of the show, "My Strange Addiction" a documentary series about people's individual strange addiction to eating extreme objects or compulsive behaviors that could potentially create harm to them or even result in death. On this show, the most recent episodes focused on addictions to balloons, drinking animal blood and licking or eating cat hair. The show has been on the air since for over three years and continues to create more shows, finding outrageous addictions to almost anything. "My Strange Addiction" reveals a person's journey to overcoming their addiction and in some cases talks about former drug or alcohol use, that has apparently caused them to develop these bizarre behaviors.

The Saint Jude Program has long researched addictions and has concluded that addictions are a series of learned behaviors or habits. Michelle Dunbar of Saint Jude Retreats reviews the show and quotes, “In recent years neuroscience researchers have discovered that our brains are basically plastic which allows all people to transform themselves over and over again throughout their lives. It is this plasticity that makes even these strange addictions possible but also gives these people the ability to stop them as well. After reviewing a show such as this, it makes it even more evident that behaviors can be changed, even if they are considered extremely odd.”

Throughout the episode, the person will explain how their strange addiction is impacting their life and the effects it has on their physical and mental state. Often the person will seek a therapist or help of a psychologist and sometimes are confronted by their family members. According to the network, all stories are true. At the end of the episode many of the people have overcome, stopped or lessened their individual addictive behaviors providing further evidence that all people have the power to change their addictive behaviors either by abstaining from the behavior all together or moderating the behavior so as to lessen its deleterious effect on their lives.

The Saint Jude Retreats is a non-disease, non-treatment based drug and alcohol program implementing proprietary methodology called Cognitive Behavioral Education (CBE). The program is the only effective alternative to alcohol rehab and drug treatment centers and is currently 85% more effective than treatment. The program is endorsed by internationally acclaimed professionals and addiction research authors such as Prof. Emeritus David Hanson, PhD; Prof. David Rudy, PhD; Dr. Joy Browne and the late Joseph Vacca, PhD, among others.