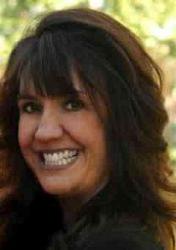 Tracy Crain, of Tracy Crain Counseling and Therapy, said designer drug use is on the rise worldwide. Citing a January 2013 report issued by the International Narcotics Control Board (INCB), Crain said, “Mephodrone, which is similar to cocaine and ecstasy, is now showing up as the current designer drug-of-choice in Europe, Southeast Asia and Australia.” Crain says that while the drug is most likely manufactured in China, it is also becoming much more available here in the United States via the internet.

“The short-term affects are similar to those of cocaine,” Crain said. Those include: restlessness, anxiety, heart irregularities, nausea, vomiting and paranoia. “Long term affects,” she said, “include addiction, depression, and possible long-term memory damage.”

Mephodrone is just one of many designer drugs showing up on the world market. Per the ICBN report, Japan has recently added 51 drugs to its controlled substance list, and Europe has added 15. The ICBN is a world-wide narcotic drug watchdog that advises the United Nations.

Regardless of the substance abused, Crain says the approach to change this condition includes treating the afflicted as well as the codependent—that person or persons in the addict’s life “who picks up the pieces and tries to keep everything (and everyone) together. That person who ultimately grows tired, hurt, resentful and worn out,” says Crain.

Crain is licensed by the Texas Department of State Health Services as a Chemical Dependency Counselor and a Licensed Professional Counselor. Her therapeutic approach for the codependent is to work together to look at what safe boundaries are, how to establish initial boundaries and learn how to manage what you control for yourself.

As for her interaction with the person abusing the drug, Crain says her therapeutic approach “allows people to explore not only what they’re currently dealing with, but what they’ve been going through for years and what they need to change. Each person’s individual experiences create their own unique spin on life (their reality). Until those issues are faced and addressed, one’s poor coping skills continue to delay, hide or suppress any possibility of beginning to live a healthier life.”

Crain also added that opiate use in the form of pills or heroin as well as cocaine and alcohol continue to negatively impact the metroplex at an alarming rate amount adolescents and adults.