Vermont ski resorts are celebrating the March powder with great deals for late season skiers and riders. Purchase 2013-14 season passes today and receive a complimentary end of season pass for 2012-13 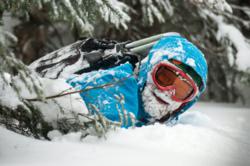 Enjoy a powder day in Vermont!

Spring may be upon us, but this week’s snow storm brought huge amounts of snow to the Green Mountains and the skiing in Vermont is not to be missed. Vermont ski resorts are celebrating the March powder with great deals for late season skiers and riders. Purchase 2013-14 season passes today and you could ski the rest of this season for free. Offers vary between resorts, but the snow, sun and savings can be found at all Vermont ski resorts this spring.

Jay Peak Resort
Jay Peak is opening up their 2013+14 Season Pass sale even earlier this year and at an even better discount. Those looking for a Jay Peak season pass will likely spend less on their 2013+14 pass than they did on the 2012+13 pass. And if you missed the boat this season, but are looking to get some days in March through May, the 2013+14 can be used through the rest of this, the 2012+13, ski & ride season. Got all that? An adult Jay Peak-only pass is just $649 while an adult Jay Peak+Burke is only $699. Any questions? Check out jaypeakresort.com

Bolton Valley
It’s getting a little mad at Bolton Valley this March as skiers and riders who purchase their 2013-14 All Access Season Pass literally will ski and ride off into the sunset for free this spring. Passes for ages 7-17 start at $99. A family of four can save $360 when purchasing passes before April 1. Bolton Valley also is introducing two new passes for 2013-14: the new Senior Pass and a new Night Pass. Passes include: Unlimited alpine skiing and riding; a 20% discount on rentals, retail shop purchases, group lessons, and lodging; Sports Center Membership; and access to 100km of Nordic and backcountry terrain. For pass price information or to purchase, visit boltonvalley.com.

Middlebury College Snow Bowl
The Snow Bowl is currently selling season passes for 2013-14 season. It will get you complimentary skiing and riding through spring as well. For more information, call 802-443-7669

Killington Resort and Pico Mountain
Killington Resort is pleased to introduce the new 29-Below Pass and Vermont Student Pass, lower prices on Youth Passes along with the longest on-snow season in the East on 2013.

Take advantage of unlimited access to big mountain terrain and small mountain charm with a 2013-14 My Pico Unlimited Season Pass and ski the rest of March for free.

Okemo Mountain Resort
Okemo Mountain Resort Season Passes for the 2013/2014 ski and snowboard season are available for purchase now. Savvy skiers and riders can see substantial savings when purchasing season passes for next winter by April 30, 2013. As an added bonus, any skier or rider who purchases a pass for next winter, before April 30, will receive discounts on Okemo’s Adventure Zone and can ski or ride from the day of purchase through closing day this season.

Stratton Mountain Resort
Stratton Mountain’s season passes are all new for the 2013-14 season with more family benefits, lower prices and simplified choices. The new lineup also offers special pricing for a second adult in a household and for children, from the extras-loaded Summit Pass to the unrestricted $299 Stratitude Pass for ages 18-29. Families can outfit the whole gang with Spirit Passes for just $299 for kids ages 7 to 17, and $59 for kids under 6. Early season prices, from the $199 Sunday Pass to the $1,119 Summit Pass, are only available until April 22. Buy online at stratton.com.

Bromley Mountain
Purchase your 2013-14 Season Pass to Bromley Mountain by May 15, 2013, for the absolute lowest rates. Don't miss this early bird opportunity to get a season's worth of spectacular skiing and riding at a great price. 2013-14 Season Passes purchased before the end of the 2012-13 Winter Season are valid through the end of this season. Bromley also offers a payment plan for season passes and seasonal programs purchased by May 15, 2013. See the Season Pass Page for full details on discount deadlines and payment plans!

Mount Snow Resort
Mount Snow has added two new season pass products for the 2013-14 winter season: The 1826 Pass is for 18 to 26 year olds and has zero blackout dates (replacing the Higher Education College Pass), valid at Mount Snow, for $319. The Mount Snow Gold Pass is a fully transferable, unrestricted pass perfect for hosting friends, family or clients. Prices stayed flat on all existing season pass products with the exception of the Nor’easter Pass, which offers unrestricted access to all five of Peak Resorts’ eastern mountains. Season pass perks include retail discounts and discounted “bring-a-friend” lift tickets. More info at http://www.mountsnow.com/seasonpass.