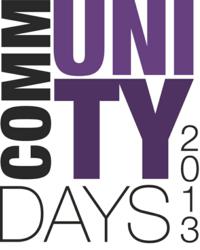 Thousands of 501(c)-3 nonprofit organizations and schools signed up to sell $5 savings booklets, which contained over $400 in savings both in-store and online. In return for their donation to the organization, customers received a $10 coupon and multiple discounts to be used on Community Day. 100% of the $5 booklet donation is retained by the participating organizations.

The Bon-Ton Stores have raised over $100 million for local non-profit groups since Community Days began in 1999.

About The Bon-Ton Stores, Inc.
The Bon-Ton Stores, Inc., with corporate headquarters in York, Pennsylvania and Milwaukee, Wisconsin, operates 271 department stores, which includes 11 furniture galleries, in 24 states in the Northeast, Midwest and upper Great Plains under the Bon-Ton, Bergner’s, Boston Store, Carson’s, Elder-Beerman, Herberger’s and Younkers nameplates. The Stores offer a broad assortment of national and private brand fashion apparel and accessories for women, men and children, as well as cosmetics and home furnishings. Facebook.com/BonTon Twitter: @BonTon