The annual Duport Business Confidence Report for Southampton reveals that 2012 was a record year for company formations in the city. 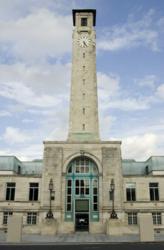 Our latest report shows a very positive trend for business start-ups in Southampton, with numbers rising every year since 2008.

There were a total of 2304 new companies formed over the course of the year - the highest year on record for Southampton and a 4% rise on the previous year.

The city opened WestQuay, one of the UK’s largest shopping centres in 2000, and development of the city has been ongoing ever since. Watermark WestQuay is the next stage of the development, and will include shops, housing, a hotel and a public piazza alongside the Town Walls. In addition, planning consent has recently been granted for a regeneration project in East Street, which will involve the demolition of the existing empty East Street shopping centre and the restoration of links between St Mary’s and the city centre.

“Our latest report shows a very positive trend for business start-ups in Southampton, with numbers rising every year since 2008. It’s also great to see that company closures fell during the year, suggesting trading conditions may be improving in the city.”

The full Southampton Business Confidence Report contains more data and statistics that give a fascinating insight into the local economy. It can be found at http://www.duport.co.uk/southampton.