Fans are invited to be a part of the upcoming “Killing Myself to Stay Alive” music video by submitting their own video explaining what they are doing to keep things together in these tough economic times. 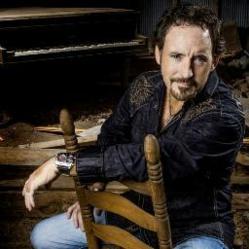 Country music recording artist Trae Edwards knows a little something about hard work. After many years of paying his dues, Edwards finally stepped into the spotlight this year with his debut album, “I Believed.” In support of his new single, “Killing Myself to Stay Alive,” Edwards is inviting fans to be a part of the official music video.

Country music fans are invited to submit their own video explaining what they are doing as working men and women to keep things together in these tough economic times. The best submissions will be featured in the upcoming music video. For more information on the video campaign, visit http://www.traeedwards.com/stayalive.

"Working men and women are the backbone of our great country," says Edwards. "We’re working harder and longer these days. And, sometimes, it feels like we’re taking one step forward, two steps back. That’s the message behind “Killing Myself To Stay Alive.”

On April 12th, Edwards will be opening for fourteen-time GRAMMY® Award-winner Ricky Skaggs at the Crown Theatre in Fayetteville, NC. Tickets are available now at Ticketmaster.