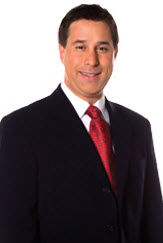 Of course everyone is concerned what kind of role models these athletes are. That's an important question.

Boston's left-handed pitcher Drake Britton was allegedly charged with drunk driving last week, according to jail records noted on ESPN March 20, 2013. No one was hurt in the incident, but West Palm Beach car accident lawyer, Michael Steinger suggest a possible lawsuit may arise from this.

The article published in USA Today stated that the arrest happened early in the morning. A deputy pulled Britton over for “numerous” moving violations. When he tried to pull over, Britton drove onto a curb, knocked over a fence, and drove on it as he rolled to a stop. The deputy's report says Britton admitted to drinking according to USA Today on March 5, 2013.

Steinger, whose legal practice focuses on car accidents, says the pitcher will likely be sued for damaged – and should be glad that's all.

“From the description of the incident, he was not in control of the vehicle,” Steinger said. “It's very fortunate that only a fence was hit, and not a person or another car. If anyone had been hurt, [Britton] would be legally responsible.”

According to ESPN Boston, Britton himself was not injured and posted bond later that day. The arrest is the most recent in a trend of athlete DUI cases, but Steinger says he's more concerned about potential victims.

“Of course everyone is concerned what kind of role models these athletes are. That's an important question. But I think it's much more important to know what to do if you are struck by a drunk driver. After seeing a doctor, it's important to call an attorney and discuss your legal options.”

Britton had just been optioned to Portland, Maine during the first round of Sox cuts. It's unclear whether the arrest will affect his ability to keep playing as stated in the USA Today article.

Michael S. Steinger is a dedicated Miami car accident lawyer and victim advocate. Co-founder of Steinger, Iscoe and Greene, his firm maintains a strict promise only to work on behalf of victims and never big businesses. He can be contacted at: