The lawsuit alleges that the 3M Bair Hugger, a forced air warmer that keeps patients warmer during surgery, lifts germs from the floor of operating room and contaminates the sterile field. 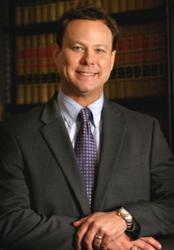 There are more than 10,000 orthopedic implant infections a year in the United States, most of them in hospitals that do a good job following infection-prevention guidelines.

Kennedy Hodges, LLP, a personal injury law firm that specializes in plaintiffs’ litigation, brought an action on behalf of Tommy Walton, a 70 year old man residing in Hemphill, Texas. The case, captioned Tommy Walton v. 3M Company; Arizant, Inc.; Arizant Healthcare, Inc.; and Robert Prestera, was filed as Cause Number 2013-13032 in Harris County, Texas. A copy of the Original Petition may be found at the Harris County District Clerk’s website.

According to the court documents, in March 2011, Walton underwent total hip replacement surgery at a Houston orthopedic hospital. A deep joint infection followed, requiring 15 surgeries, including removal of the artificial hip. Even after extensive treatment at the Mayo Clinic, Walton was left with severe disability and pain. The damaged leg is now several inches shorter than the other leg.

Bair Hugger patented forced-air warming device, manufactured by the Arizant division of 3M, is the leading surgical patient-warming product in the United States and around the world. Bair Hugger operates by heating air to approximately 110 degrees and blowing it into a disposable blanket that lies atop the surgical patient. The hot air vents through holes in the blanket onto the patient and it collects below the operating table.

Walton claims in his suit that the 3M Bair Hugger picked germs up and blew them directly onto the hip replacement device. Once a pathogen settles on an artificial joint, the infection is almost impossible to defeat.

More than 50,000 Bair Hugger FAW units are currently in use in across the country.

“As a result,” said Hodges, “Tommy Walton’s life is changed forever. He has had 15 surgeries, and he still cannot take a walk or play with his grandchildren and he is not the only one. There are more than 10,000 orthopedic implant infections a year in the United States, most of them in hospitals that do a good job following infection-prevention guidelines.”