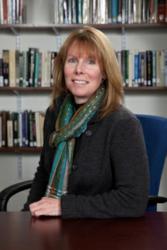 The recommendation for antidepressants for mild depression is not congruent with the evidence.

All of the panel members that produced the American Psychiatric Association (APA)’s Practice Guideline for the Treatment of Patients with Major Depressive Disorder had numerous financial ties to drug companies that manufacture antidepressants, raising questions about the trustworthiness of the guideline, a UMass Boston researcher says.

Lead investigator Lisa Cosgrove and her research team evaluated the quality of the evidence to support antidepressant medication. The APA recommends pharmacotherapy as a first-line of intervention for all levels of depression, but Cosgrove’s new study published in the Journal of Evaluation in Clinical Practice found that 34.2 percent of the cited research did not study outpatients with major depressive disorder, and 17.2 percent did not measure clinically relevant results.

Cosgrove, associate professor of counseling and school psychology at UMass Boston and a research lab fellow at Harvard University’s Edmond J. Safra Center for Ethics, and her fellow researchers found that all of the committee members reported ties to the financial industry. The number of relationships ranged from 9 to 33; the mean was 20.5. Cosgrove said that number should be zero.

Researchers also found that the majority of the committee participated on pharmaceutical companies’ speakers’ bureaus and the independent panel had undeclared financial relationships. Doctors serving on a speakers bureau are referred to as a “Key Opinion Leaders” or “KoLs” because they are so important to the marketing of a drug.

Cosgrove and her colleagues say it is critical that the groups developing clinical practice guidelines (CPGs) pay attention to the quality of cited studies as well as the bias resulting from conflicts of interest so as to not put patients at risk.