eReflect, the company behind the cutting-edge software Ultimate Typing, highlights the major technological advances now being made with the development of gesture sensing devices. The developers at eReflect note that these latest innovations clearly indicate that computer keyboards could shortly become obsolete. 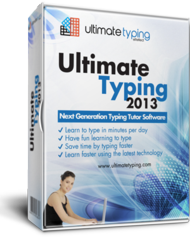 ...traditional modes of computer interfacing – the use of the mouse and keyboard – may very well be replaced by gesture sensing technologies that will likely be introduced in the foreseeable future.

Software company eReflect, well known for its typing tutor software that helps people learn to use their computer keyboards to their best advantage, remarked today that the traditional modes of computer interfacing – the use of the mouse and keyboard – may very well be replaced by gesture sensing technologies that will likely be introduced in the foreseeable future. Recent innovations in motion sensing technology allows hand movements to be tracked in a precise manner and this means that computers some day may no longer need input solely from the keyboard and the mouse. For example, gesture sensing devices such as Digits aim to track the movement of the user without interfering with their daily work. Although the Digits device now needs to be connected to a laptop computer, it is likely that further innovation and research will allow the device to become wireless.

eReflect and the development team behind typing tutor software Ultimate Typing note that the accuracy and speed of the gesture sensing devices and their ability to record movements within one hundredth of a centimeter means that they are likely to be widely accepted by users in the future. Keyboards may someday be regarded as slow “dinosaur technology” devices that result in real-time delays, with modern gesture sensing devices allowing greater control over all aspects of the user's information environment, resulting in data being retrieved in a matter of seconds.

The world is likely to witness wristwatch-sized gesture sensing devices quite soon and this will introduce a combination of human-machine interface that has previously been seen only in science fiction. eReflect's developers support the creation and use of such powerful machine technologies, pointing out that anything that allows speedy access to data (along with several other benefits) will provide significant advantages to users, even as they result in the trend towards making keyboards obsolete.