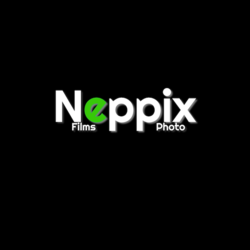 Davante and I wanted to change hip-hop’s bad reputation by creating awesome music that positively encourages and inspires our generation.

Neppix Films is releasing a new inspirational hip-hop and R&B album on Kickstarter. With hopes of bringing meaning to this generation of music, Neppix Films has acquired the help of the digital marketing and crowdfunding experts at Command Partners to help make their dream reality.

Neppix Films is an emerging production company that hopes they can revolutionize the world of hip-hop. Founders James Morgan and Davante Ellison saw the negative correlation between a strong subset of Hip-Hop music and violent, vulgar, and offensive messaging, so they are dedicated to changing the landscape. Co-founder James Morgan says, “Davante and I wanted to change hip-hop’s bad reputation by creating awesome music that positively encourages and inspires our generation.” In their album, The Reconstruction Project, the creators will feature music that uplifts, motivates, comforts, and helps listeners, and provides an overall source for positive energy.

To help launch their Kickstarter campaign, Neppix Films recruited Command Partners. With proven success in crowdfunding clients, this top digital agency has the experience necessary to guide this project in the right direction. Command Partners will provide public relations, social media strategy and management, and Kickstarter messaging and promotion messaging for Neppix Films.

“Music and art projects on Kickstarter are two of the most popular crowdfunding categories, and the The Reconstruction Project album fits well in Kickstarter’s target” says Managing Partner of Command Partners, Roy Morejon. “We look forward to expanding our Kickstarter repertoire and applying our crowdfunding experience to this project.”

For more information on this inspirational hip-hop and R&B album, please visit Neppix Films on their Kickstarter website, http://bit.ly/NeppixFilmsKS. Supporters can help Neppix Films reach their $7,000 funding goal by making a donation and spreading the word on social media before the campaign ends April 17th, at 5:52pm EST.

Neppix Films was created by recording artists James Morgan and Davante Ellison that wanted to bring back the former glory and art-form of the hip-hop genre. By creating meaningful songs with positive and relatable messages, Neppix Films hopes to uplift and inspire listeners of their generation. To learn more, visit http://bit.ly/NeppixFilmsKS, and connect with them on Facebook, Twitter, and YouTube.

About Command Partners
Command Partners is a digital media agency that focuses on driving online visibility and lead generation including social media marketing, search engine optimization, public relations and strategic advisory services. Command Partners works with clients ranging from high-tech startups and e-commerce brands to Fortune 500 companies. The agency is located in Charlotte, North Carolina and works with clients around the globe.
For more information on Command Partners’ services, visit http://www.commandpartners.com, Like them on Facebook and Follow them on Twitter @CommandPartners.