Samsung Online Trade in Valuations Rise by 127 Per Cent 2 Weeks Following The Galaxy S4 Announcement According to CompareMyMobile.com

The official announcement of the Samsung Galaxy S4 has started tremors in branded valuations of consumers current Samsung phones. Trade ins have increased and trade in pricing across the board remaining stable for the manufacturer. 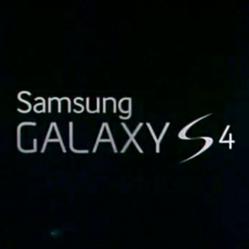 - Online valuations up 127 per cent with 5 weeks until the official release.

CompareMyMobile.com, a leading phone recycling comparison site, has released data showing the interest for the next flagship Samsung phone is bubbling from a trade in perspective as well as retail.

CarphoneWarehouse recently released pre-registration statistics confirming the huge interest in the new Samsung device. The retailer stated that interest has boomed by 446 per cent compared to last years Samsung Galaxy S3 release. This is almost 4 times the volume of the S3 pre registration last year.

Since the official announcement in new York on March 14, the volume of consumers visiting Samsung device pages on the CompareMyMobile website has increased by 127 per cent (14/03 – 28/03), with the top 5 most valued devices being:

Data taken from the period 14/03 – 28/03
These 5 Samsung mobiles make up 9.1 per cent of the total online valuations on ComparemyMobile.com.

Ashley Turner, co-founder of CompareMyMobile.com says: “Consumers using CompareMyMobile will be pleased to know that the Samsung trade in prices remain strong, with the top 5 recycled devices only dropping by 8.6 per cent (53 GBP total across all 5 devices) in the last 90 days”

Actual trade ins of old Samsung branded devices have increased by 29 per cent (14/03 – 28/03). These figures are still increasing daily, with a little under 5 weeks until the official release date of the Samsung Galaxy S4 (26/04), this early trade in data along with CarphoneWarehouses pre-registrations illustrates that the S4 truly is the device to watch in 2013.

Further data from CompareMyMobile shows that Samsung mobile devices currently make up 12.3 per cent of all devices traded in. Number 3 compared with Apples 47.9 per cent and BlackBerrys 19.6 per cent.

Ashley Turner, co-founder of CompareMyMobile.com added: “Based on handset sales data mapped over trade in trends, CompareMyMobile.com predicts that Samsungs market growth will see them catch up on trade in market share by Q1 of 2014 and overtake BlackBerry by Q3 as the second largest recycled brand”

Founded in 2009, CompareMyMobile.com is the UK's #1 source for independent mobile phone, tablet, sat nav, laptop, iPad, iPod and games console recycling price comparison. It delivers customers confidence in making the difficult decision of where to recycle their old phone safely and for the most money. CompareMyMobile is 100% impartial, comparing prices from more than 40 recycling stores.

Screenshot of CompareMyMobile.comCompare mobile phone recycling and sell gadgets direct through our site for added protection