Wallin & Klarich sex crimes attorney, David R. Cohn, recently helped his client, who was accused of inappropriately toughing his daughter’s friend, to get all charges dismissed. The client was facing eight years in jail and the possibility of having to register as a sex offender if convicted. 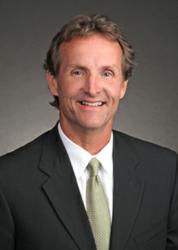 This case was exhausting. I had done everything I could do to try to convince the District Attorney’s office to dismiss these charges, short of jury trial. We didn’t back down despite offers to settle.

A Wallin & Klarich client, who had been accused of inappropriately touching his daughter’s friend who was under the age of 14, was recently able to get all charges for lewd and lascivious acts with a child under California Penal Code section 288 dismissed. With the assistance of Los Angeles criminal defense attorney David R. Cohn of Wallin & Klarich, the client was able to avoid a criminal conviction and substantial jail time.

“This case was exhausting. I had done everything I could do to try to convince the District Attorney’s office to dismiss these charges, short of jury trial. We didn’t back down despite offers to settle. On the morning of the trial, with jurors waiting, the District Attorney’s office finally chose to dismiss all charges and sex allegations against my client,” said Mr. Cohn.

According to court record from Los Angeles Superior Court – Norwalk, the client was accused of rubbing the back and buttocks of his daughter’s friend, who was a minor under the age of 14. As a result of the allegations, the client was charged with two counts of lewd and lascivious acts with a child pursuant to California Penal Code 288. The client was facing the possibility of an eight year jail sentence and additionally, the requirement that he register as a sex offender for life under California Penal Code section 290, if convicted.

The client sought out the assistance of Mr. Cohn at Wallin & Klarich to help him fight against the allegations and possible significant consequences according to court records. Mr. Cohn met with the client and discussed the circumstances of the case and then quickly jumped into action by researching evidence that was available. Mr. Cohn provided information to the District Attorney’s office that showed the client had not committed the alleged crime. In addition, Mr. Cohn denied offers made by the District Attorney’s office to settle the matter, and instead fought to prove his client’s innocence. On the day of the trial, the District Attorney’s office explained that all charges against the client under California Penal Code 288 were dropped, and the case was dismissed. As a result of Mr. Cohn’s commitment to fighting to establish the client’s innocence, the client not only was able to avoid jail time, but also avoided being labeled a sex offender for the rest of his life.

“In the end, justice was served,” said Mr. Cohn.